Names floated so far have have extensive experience either at the US treasury or the US Federal Reserve, or both 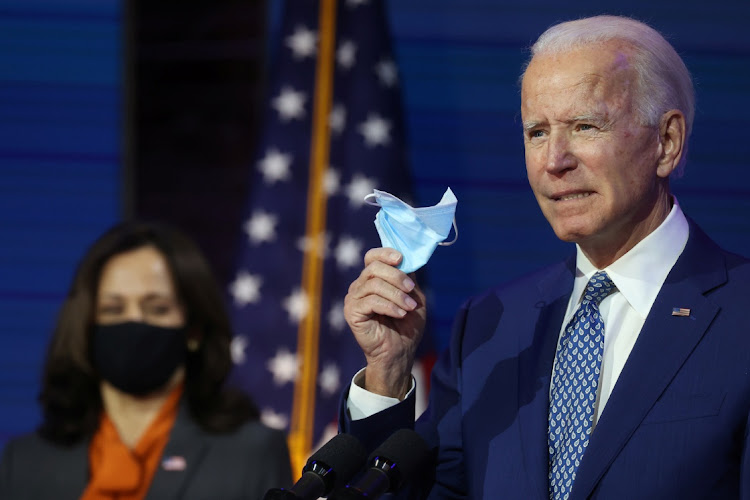 Washington — Incoming US treasury secretaries have been confronted over the past two decades with the financial rescue of other countries, the bailout of the US banking system and a trade war.

But whoever Joe Biden chooses may face an agenda of historic depth and breadth, fighting crises while pursuing the lofty goals the president-elect set during his campaign. Biden’s treasury pick will have to cope with a recession and joblessness, as well as serving as the fulcrum to address wealth inequality, climate change and other issues.

Names floated so far have spoken or written across those issues, and have extensive experience either at the US treasury or the US Federal Reserve, or both. Perhaps as significantly, each has pushed institutional boundaries during their careers.

The candidates include former Fed chair Janet Yellen, who deepened the Fed’s focus on workers and inequality, and has remained active in policy debates at the Brookings Institution think-tank after President Donald Trump replaced her as head of the central bank after a wide-ranging career.

Current Fed governor Lael Brainard was treasury under-secretary for international affairs during the critical years when the Obama administration faced the global financial and eurozone crises. Her experience could be a particular asset if the next secretary is focused on resetting global initiatives, as former officials hope.

Sarah Bloom Raskin served as a Fed governor and deputy treasury secretary, the only woman so far to hold that second-in-command role at the agency. A lawyer and former state financial regulator in Maryland, she has worked in finance, and currently serves as a director with Vanguard, the investment giant with $6-trillion in assets under management. She helped craft a recent memo to the Biden team on how financial regulation could be used to shape climate policy.

Atlanta Federal Reserve president Raphael Bostic, the first black regional Fed president, was an assistant secretary at the US department of housing and urban development during the first Obama administration and wrote an influential essay this summer on why the country needs to address racial wealth and income inequality.

At a moment of wide divisions in US government and society, and amid expectations of change domestically and in the US approach to the world, boundary-pushing may be what’s needed, former treasury secretary Lawrence Summers said in an online forum this week.

“This is a very different kind of moment ... Covid-19 and climate and global shortfalls of output represent enormous challenges,” Summers said, while the rest of the world waits for a renewal of US leadership.

The next US treasury secretary will have to decide whether existing record deficits matter, whether there should be a global drive for more borrowing, how far spending can be pushed to help families and businesses through the pandemic, and invest in new infrastructure.

Then there’s the rest of the world, restless for America to lead on global issues such as climate change, trade and corporate tax avoidance, and anxious over how Biden’s team will manage the critical relationship with China.

The current situation is vastly different from the “very healthy” conditions Summers inherited in 1999 when the US had a government budget surplus and he focused on international debt relief, he said during a Peterson Institute for International Economics forum.

Even at its most basic, the treasury is a core agency that collects taxes and writes $4-trillion each year in cheques for the federal government, which, with about 2-million employees, makes it the largest employer in the US. Still, its head can still fade into the background mechanics of government.

Obama’s second treasury secretary Jack Lew had a lower profile than his Great Recession-era predecessor, Timothy Geithner, serving during a time of no pressing crisis and relative government gridlock.

Biden may face similar constraints if the Republican Party remains in control of the Senate, but his tenure will at least open with a lengthy agenda dictated by the pandemic and campaign pledges to fulfil.

The president-elect wants to raise taxes on wealthier Americans and corporations, following Trump-era tax cuts, but may first crack down on tax cheats, key Democrats say. His “build back cetter” plan includes extensive use of tax law to further everything from climate goals to helping lower- and middle-class families save more, and top economic adviser Ben Harris has written extensively on how to shape the tax code to serve social ends.

Even if Senate Republicans curb some of Biden’s more expansive ideas, campaign advisers see ways to make progress through the treasury.

Casting climate change as an investment and financial risk, for example, can change how capital flows to the advantage of projects that curb or mitigate carbon emissions.

Financial regulation through the treasury, the Fed and other agencies, “gives the administration another toolkit to deploy to address the enormous economic risk that climate change is already creating”, said Andy Green, MD of economic policy at the Centre for American Progress and a member of the transition teams for the treasury, the Fed, and financial regulatory agencies.

Bankruptcy, his hotels empty due to Covid-19, possible tax fraud and sexual assault accusations — these are a few of Donald Trump’s fevered fears
Opinion
10 months ago
Next Article