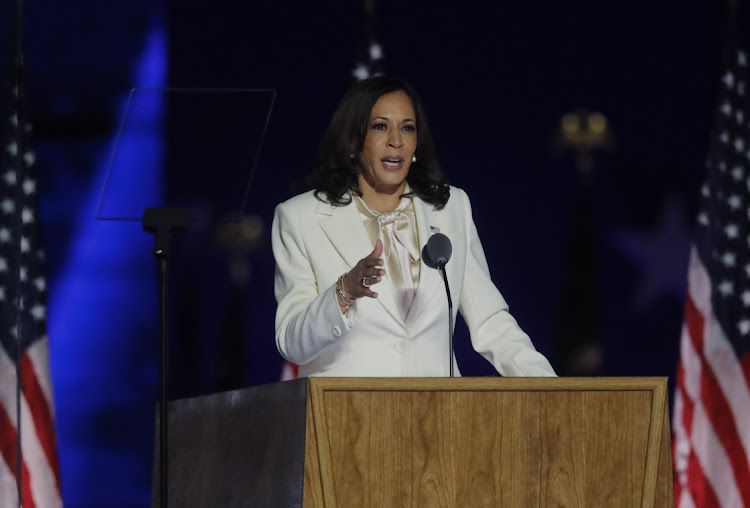 Vice President-elect Kamala Harris is a first in a number of ways: the first woman, the first Black person and the first Indian-American to serve in that role.

In her victory speech Saturday night in Wilmington, Delaware, she recognised that President-elect Joe Biden had made history by picking her as his running mate. “He had the audacity to break one of the most substantial barriers that exists in our country and select a women as his vice-president,” Harris said.

Her husband, Douglas Emhoff, will make history, too. He will be the first man and first Jewish person to serve as a spouse to a president or vice-president. Harris is Baptist.

And everyone from political strategists to racial justice activists are waiting to see whether those firsts will be mere symbolic wins or the beginning of a sea change on gender and race relations and the launch of an enduring Democratic coalition.

The symbolism alone is important. Strategists say Black women are the backbone of the Democratic Party. They vote in large numbers, help staff its volunteer efforts and power its wins in key races, but they have not always been well-represented among its candidates or in its policy decisions.

In an interview with CBS’s “60 Minutes” last month, Harris vowed that she would bring her diverse perspective to the Biden administration.

“What I will do, and I promise you this — and this is what Joe wants me to do, this was part of our deal — I will always share with him my lived experience as it relates to any issue that we confront,” she said. “And I promised Joe that I will give him that perspective and always be honest with him.”

That experience includes being the daughter of an Indian immigrant and a Jamaican-born father. She was raised biracial and interfaith. She is a Christian, but also attended Hindu temples with her mother.

That side of Harris’s background could help galvanise Asian-American voters, the fastest-growing racial or ethnic group in the US and one both Democrats and Republicans have tried to woo.

That experience also means being the first graduate of a historically Black college in such a high office. Harris attended Howard University in Washington and is a member of Alpha Kappa Alpha, the nation’s oldest Black sorority. Members have turned up at her events and been active donors, many giving $19.08 to note the year the group was founded.

Harris, 56, has not shied away from using her background as a touchstone for outreach. She attended virtual campaign events with South Asian celebrities such as actress Mindy Kaling, comedian Aasif Mandvi and former US attorney and Trump antagonist Preet Bharara.

And she had a starring role in Biden campaign ads targeting both Black and Asian-American voters, including one that featured words in Chinese, Korean, Vietnamese, Tamil, Hindi and Filipino.

Indian Prime Minister Narendra Modi tweeted congratulations to Harris — and Harris alone — saying her election is a “matter of immense pride not just for your chittis, but also for all Indian-Americans.” Chittis is the word for “aunts” in Tamil.

Cheryl Hori, founder of Democratic consulting firm Pacific Campaign House, said that as the highest-ranking elected Asian-American in US history, Harris has a huge opportunity to help Democrats rethink their approach to a politically influential group of voters who have often been overlooked.

“This will be historic for Asian-Americans, full stop,” she said. “This is a situation where all ships rise. Even if you are not Indian-American, this is a great achievement.”

But Hori said those voters come from very different backgrounds and don’t always see their interests as linked, noting that immigrants from Pakistan and India, for example, don’t necessarily see themselves as the target audience for ads aimed at Asian Americans. She said Harris could help with Democratic outreach to Asian voters in places like Pennsylvania, Texas, Wisconsin and Michigan.

Harris’s husband will also have an opportunity to set an example. Emhoff could be a role model for boys and men or take an active role promoting key issues. He posted a photo of the couple hugging upon learning she had been elected.

Ronald F. Levant, co-author of “The Tough Standard,” said that Emhoff has already shown a different path for men by taking a step back from his own career as a successful corporate lawyer to support his wife. While the vice-president’s wife often does not receive the same kind of attention as the first lady, Levant said Emhoff will attract more attention simply because he’s the first man to hold the job.

That could give him an opportunity to address some of the problems facing young boys, Levant said, especially if he works with Biden, who also modelled a very different form of masculinity than his opponent, President Donald Trump, during the election.

“This was an election where masculinity was very much on the ballot,” Levant said.

And in case all of those firsts weren’t enough, Emhoff, 56, has also attracted attention because of his religion, with the Jewish magazine Forward calling him “our hot Jewish dad crush” and the Times of Israel calling him the “Democrats’ newest Jewish star.” Some Jews have even noted that his children’s nickname for their stepmother — “Momala” — is close to the Yiddish word “mamele,” which means “little mother.”