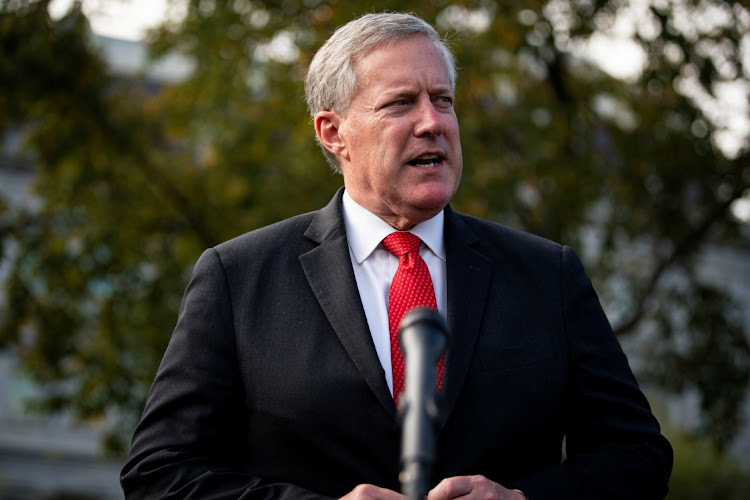 President Donald Trump’s chief of staff, Mark Meadows, has told associates he has coronavirus, according to people familiar with the matter, adding to the outbreaks connected to the White House.

It wasn’t immediately clear when Meadows learned that he had contracted the virus or whether he had developed symptoms of Covid-19, the disease caused by the virus. He informed a close circle of advisers after Tuesday’s election, one of the people said.

A Trump campaign aide, Nick Trainer, is also infected, according to two people familiar with the matter. He and campaign spokespeople declined to comment.

Meadows has remained involved in Trump’s post-election effort to challenge votes in several states where he trails former vice-president Joe Biden, according to one person familiar with the matter.

The chief of staff was at the Trump campaign headquarters with the president on Tuesday without a mask, and returned on Wednesday also without a mask, two people familiar with the situation said.

The people familiar with the matter asked not to be identified because the two cases had not been announced.

More than three dozen people associated with the president or the White House have been infected by the virus, including the president, his wife, Melania, and his youngest son, Barron. Vice-president Mike Pence’s chief of staff, Marc Short, and other aides tested positive for the virus late last month, shortly before the election.

Meadows was at Trump’s bedside when the president was hospitalised last month with Covid-19. Like most White House aides and the president himself, Meadows is rarely seen wearing a mask.

Trump’s handling of the pandemic has been rated poorly by most Americans in public opinion surveys, and is seen as a major reason he’s poised to lose re-election to Biden.

About 126,000 people in the US were infected by the novel coronavirus on Friday, according to data compiled by Bloomberg, a record. About 9.7-million Americans have contracted the virus and at least 236,000 have died.

The US faces a tough battle ahead that demands science, medicine and truth
Opinion
5 months ago