US economy is rolling along, so Fed unlikely to alter bond-buying 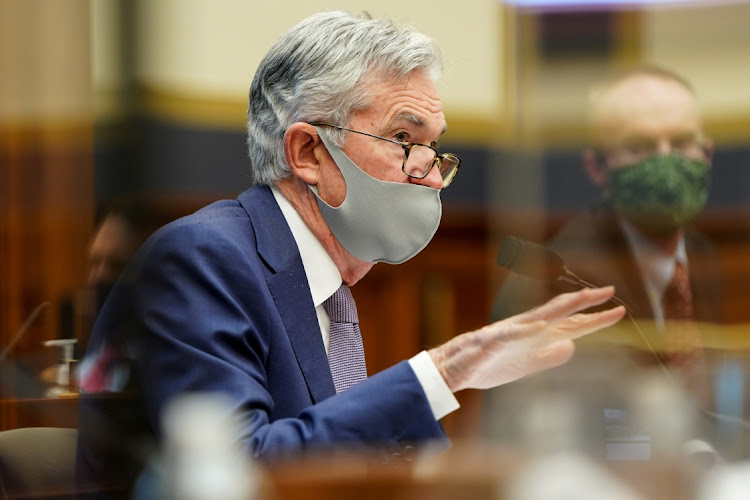 Washington — Houses are being built and sold across the US. Vehicles are moving off lots. Corporations are raising money and overall financial conditions remain easy.

Expectations were high in September that the US Federal Reserve, as it rolled out a new monetary policy approach and continued battling a recession, would ramp up its bond purchases to further boost the economy. But the economy has stubbornly flashed a different signal: steady as it goes.

The labour market is clawing back jobs each month, albeit at a slowing pace, while other data continues to surprise in a positive way. US retail sales in September, for example, rose an unexpectedly strong 1.9% from the prior month, and at nearly $550bn are 3.7% above pre-pandemic levels, the sort of outcome that may make the US central bank hesitant to tinker with its current $120bn in monthly purchases of government bonds and mortgage-backed securities (MBS).

With financial markets steady and credit readily available, people and firms “do buy houses, buy cars and order equipment and software”, US Fed vice-chair Richard Clarida said this week, ticking off some of the transactions easy monetary policy traditionally expects to encourage, and which the Fed would fret about if found wanting.

“Right now we have got a good policy in place,” St Louis Fed president James Bullard said during a panel on the sidelines of the International Monetary Fund and World Bank annual meetings on Friday. “We have our [quantitative easing] programme in a place with a substantial amount of purchases. I think that is appropriate.”

More broadly, even with the outcome of the coronavirus pandemic in doubt and millions of workers sidelined because of the crisis, Bullard and other Fed officials have upgraded their economic forecasts in recent weeks. Closely watched indicators on credit markets and inflation expectations are at least holding steady if not improving.

If the economy in the northern hemisphere spring seemed teetering towards the worst set of outcomes — a more long-lasting recession followed by rounds of loan defaults and a subsequent financial crisis — it landed on a road to recovery.

“With the economy evidently on a good path, the federal open market committee won’t take any further meaningful policy action unless something bad happens,” William Nelson, a former Fed official who is now chief economist at the Bank Policy Institute, wrote this month, referring to the Fed’s policy-setting committee.

That “something” could well occur.

Fed officials have been blunt about the risks from an ongoing pandemic, including a drop in household income from the lapse of unemployment insurance benefits or other developments that cause the recovery to sputter out.

Fed asset purchases aim to bolster the economy in different ways. By increasing demand for riskier bonds, for example, they hold down a variety of related interest rates, and make borrowing cheaper. They often lift stock and other asset prices, generating a “wealth effect” that triggers spin-off economic activity.

A top Fed economist recently estimated the Fed would need to buy another $3.5-trillion of securities to offset the impact of the pandemic and the recession it triggered. Others have argued more is needed to prove the central bank is serious about meeting its 2% inflation target.

But the Fed has bought about $3-trillion of treasuries and MBS since the recession began, and locked in an open-ended promise to keep buying at least $120bn more each month, a faster pace than was used to fight the 2007-2009 financial crisis and recession. In its last policy statement, the Fed said that amount is already helping sustain the “accommodative” financial conditions it has promised to keep in place indefinitely.

The economy is by no means repaired from the shock it suffered in March and April, when lockdowns to control the spread of the coronavirus were imposed. Initial claims for unemployment insurance jumped back to near 900,000 in the week ending October 10, and even as he lauded a stronger-than-expected recovery this week, Clarida acknowledged a deep gash remains, particularly for unemployed or sidelined workers.

But of the two large levers used to manage the US economy — monetary conditions controlled by the Fed and government spending controlled by Congress — Fed officials feel theirs is doing what it can for now.

At this point, Fed officials have noted, the need is to get money directly into the pockets of unemployed workers needing to make mortgage payments, businesses waiting for customers to return, or local governments needing to pay workers.

Bond-buying won’t do that.

“We expect the recovery to continue in coming months, albeit at a more modest pace, and we do not think that Fed officials will see a need to provide additional accommodation,” Goldman Sachs economists wrote in an analysis this week.

Even if things go bad, in an environment of already low interest rates and weak household demand, changes in the Fed’s asset purchases are “not a particularly effective” response.

Host Mudiwa Gavaza is joined by Dawie Roodt, chief economist at the Efficient Group
Economy
9 months ago
Next Article