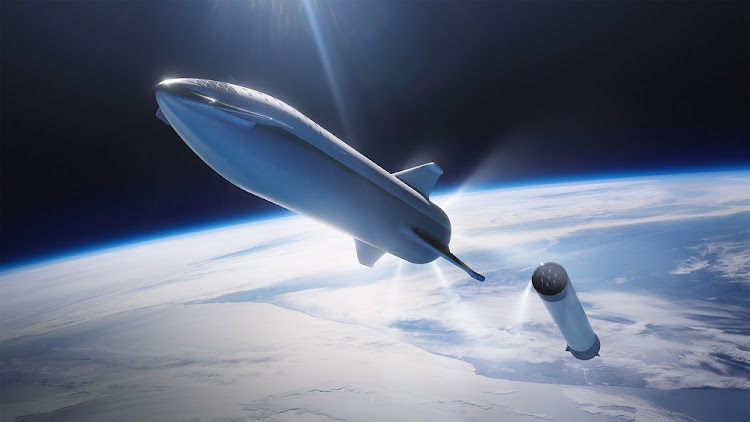 SpaceX founder Elon Musk is “80%-90% confident” that the company’s huge new Starship rocket will reach orbit in 2021 and said there’s a chance it will be ready for an uncrewed cargo mission to Mars in 2024.

The initial test flights will be difficult and carry a high risk of failure, Musk said on Friday at a virtual session of the Mars Society’s 2020 conference. “We’ll probably lose a few ships before we get the atmospheric return and landing right,” he said.

Musk’s Space Exploration Technologies is building prototypes of the huge rocket in Boca Chica, Texas, to further his ambition of establishing a self-sustaining city on Mars. The company has also won a Nasa contract for a human landing system on the moon using the new vehicle.

Musk predicted that Starship could be ready to test orbital refuelling in 2022, a major milestone for vehicles attempting to transport cargo to the moon and Mars. But he conceded that his estimated dates for the rocket’s progress “are just guesses, obviously” and may change. “It’s not like I have all these secret dates and I’m just keeping them from people,” he said.

To date, the new rocket has completed at least two successful 150m test hops. Starship is designed to carry heavy payloads around the solar system and to hold as many as 100 people.

Beyond the orbital test flights, Musk said SpaceX has “a fighting chance” of being ready to send a Starship payload to Mars — without people — in 2024. That is also the year Nasa wants to return astronauts to the moon.

Earth and Mars reach their closest proximity every 26 months, the typical cycle when the Nasa and other government space agencies launch science missions to the planet.

ALLAN SECCOMBE: SpaceX shows what revolution is possible in SA

KATE THOMPSON FERREIRA: What to make of Elon Musk?

As the technopreneur zooms up the Bloomberg Billionaires Index, his anti-shutdown sentiment and budding hubris leave much to be desired
Opinion
1 year ago
Next Article

Tesla to raise up to $5bn in share sale after rally

Tesla to raise up to $5bn in share sale after rally