Trump says he's prepared to raise the stimulus offer, and ‘could quickly convince’ Republicans to back a ‘good’ deal 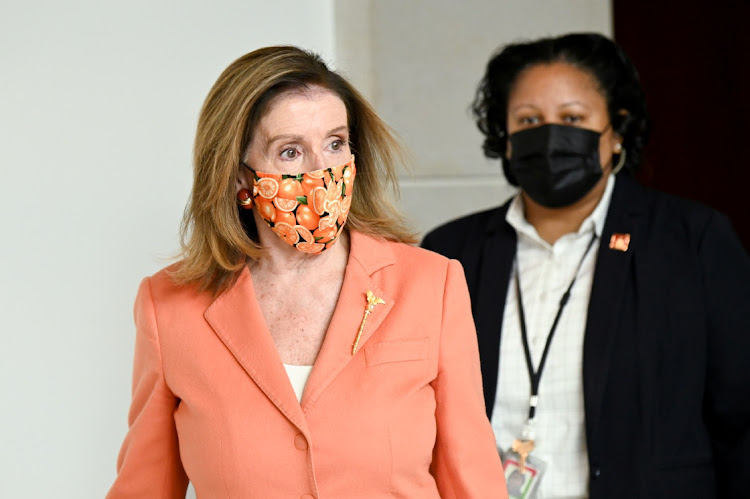 Washington — Nancy Pelosi set a Tuesday deadline for more progress with the White House on a fiscal stimulus deal before the November 3 election, while President Donald Trump renewed his offer to go beyond the dollar amounts now on the table.

While Pelosi said a pre-election deal remains possible, her team sent conflicting signals after setting a 48-hour deadline for progress on Saturday night.

Her spokesperson, Drew Hammill, later said the timing of the deadline means by the end of Tuesday. At issue is wording “on the design on some of these things” that remain unresolved in the bill, Pelosi said.

“Are we going with it, or not? And what is the language?” she said. “The 48 only relates to if we want to get it done before the election, which we do.”

Trump weighed in after drawing a rebuff by Senate majority leader Mitch McConnell last week for saying he’s prepared to go higher then the $1.8-trillion his team had been trying to offer Pelosi. She favours a $2.2-trillion plan.

Calling in to a Wisconsin TV station on Saturday, Trump said he could exceed the amounts floated so far and voiced confidence that he “could quickly convince” Republicans to back a “good” deal.

Pelosi and treasury secretary Steven Mnuchin spoke at length Saturday night about efforts to finalise a stimulus package to help the US weather the affects of the coronavirus, especially as signs emerge of rising economic strain for millions of Americans.

They spoke for an hour and 15 minutes and agreed to speak again on Monday, Treasury spokesperson Monica Crowley said on Twitter. Their staffs will keep talks going in the meantime.

Pelosi singled out proposed provisions on Covid-19 testing and tracing as an area with disputed wording. “But I’m hopeful,” she said.

Hammill cited that topic in his tweet on Saturday and “an array of additional differences as we go provision by provision that must be addressed in a comprehensive manner in the next 48 hours”.

Pelosi was asked about McConnell’s opposition to a relief package as large as the $1.8-trillion or more that she and Mnuchin have been discussing.

She responded that McConnell said on Saturday he would put a bill on the Senate floor that reflects an agreement between the House and the White House if one materialises. That, however, “is among his many statements”, she said.

Pelosi was referring to a statement by McConnell’s office that focused more on his scheduling the days for votes this week in the chamber on a narrower $500bn relief bill and a separate stand-alone bill to help small businesses.

But he also said: “If Speaker Pelosi ever lets the House reach a bipartisan agreement with the administration, the Senate would of course consider it. But Americans need help now.”

Barring a breakthrough in the meantime, the Senate votes will underscore the deep differences after months of talks on another stimulus bill, which that have failed to bridge gaps between the administration, House Democrats and Senate Republicans.

“Republicans have tried numerous times to secure bipartisan agreement where possible and get aid out the door while these endless talks continue,” said McConnell. “Next week, Senate Republicans will move to break this logjam.”

With a deal out of reach, Republicans and Democrats fault each other for the breakdown
World
8 months ago

The US president refused to disavow QAnon, which says without evidence that Trump is fighting a satanic cult of paedophiles, including Hillary Clinton
World
7 months ago