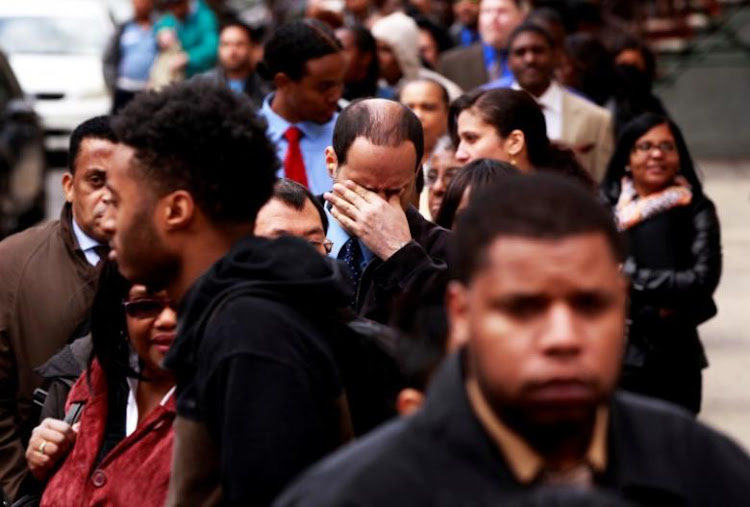 Both are troubling signs for a labour market whose recovery from the pandemic was already slowing.

Initial jobless claims in regular state programmes totalled 898,000 in the week ended October 10, up 53,000 from the prior week, labor department data showed on Thursday. On an unadjusted basis, the figure posted the largest one-week increase since July.

Continuing claims — the total number of Americans claiming ongoing unemployment assistance in those programmes — fell 1.17-million to 10-million in the week ended Oct. 3.

But that may partially reflect people exhausting state aid and moving to Pandemic Emergency Unemployment Compensation (PEUC), the federal programme that provides up to 13 additional weeks of jobless benefits. The PEUC figure rose by 818,054 to 2.78-million in the week ended September 26, on an unadjusted basis.

The latest figures showed initial claims rose in more than half of US states, pointing to broad-based headwinds for the labour market and the economy as virus cases rise again and colder weather starts to curb demand for outdoor dining. The report may also reflect tens of thousands of recent job cuts at the nation’s airlines. ​

The numbers highlight the risk that October figures will show a decline in payrolls after September’s 661,000 gain that was the slowest of the pandemic recovery.

US stocks fell at the open on Thursday. Yields on 10-year Treasuries were lower, while the dollar was higher.

The supplemental $600 a week in jobless benefits authorised by the Cares Act in late March expired in July, and since then legislators have been at a stalemate over another large stimulus bill. Funds have been drying up in a stopgap benefits programme authorised by President Donald Trump, and the extended PEUC aid will expire at the end of December unless Congress acts.

However, with less than three weeks until the November 3 presidential election, an agreement is increasingly in doubt, adding risks that declining income will weigh on consumer spending.

“As we see more and more people shift to the ranks of the long-term unemployed, it suggests that this is not going to be nearly as quick of a downturn and that there is going to be long-term damage that results from what otherwise looks like a pretty short recession,” said House of Wells Fargo.

On a more positive note, two other regional reports on Thursday from the Federal Reserve showed manufacturing is sustaining its recent momentum into the fourth quarter.

With a deal out of reach, Republicans and Democrats fault each other for the breakdown
World
9 months ago