The CEO of Goldman Sachs just sold a property and a vacant lot there for a combined $26.5m 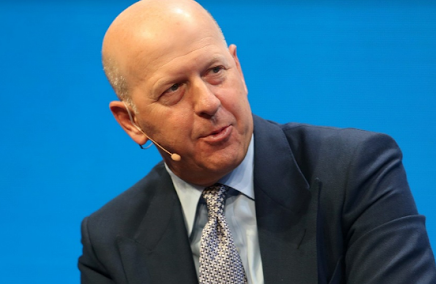 New York — David Solomon is beginning his third year as CEO of Goldman Sachs Group with a bang.

Earlier this week, the DJ-cum-banker completed the sale of his 15ha Colorado, estate after nearly three years of trying to find a buyer.

That total is nearly $10m below its initial asking price of $36m in 2017, representing a more than 26% discount. Solomon, through a representative, declined to comment.

The sale comes on the heels of a three-month stretch of record-breaking sales in the Colorado resort town of Aspen. In September, new signed contracts for homes from $10m to $19.99m were up 800% (nine were signed, compared to one the previous September), while two homes sold for more than $20m, according to a new report by Douglas Elliman.

“Last year, there were no sales above $20m,” says Jonathan Miller, the president and CEO of appraiser Miller Samuel. “Now, we have 11 under contract in September above $10m, which is highly unusual, and reflects part of this ‘co-primary’ phenomenon,” whereby Aspen is increasingly seen as a location to live, rather than simply vacation in, he says. “Aspen is perhaps seen as less seasonal now.”

Solomon’s seven-bedroom, nine-bathroom house was built in 2009, and includes a home theatre, a billiards room, a sauna, and a large open-concept kitchen and living room that’s ornamented by a huge chandelier, according to listing photos.

The manicured grounds include an outdoor pool and hot tub, terraced gardens, and views of Aspen’s upper valley.