Other reports suggest risks are mounting for the US economy and, despite the latest progress, legislators have failed for months to reach a deal on renewing fiscal stimulus 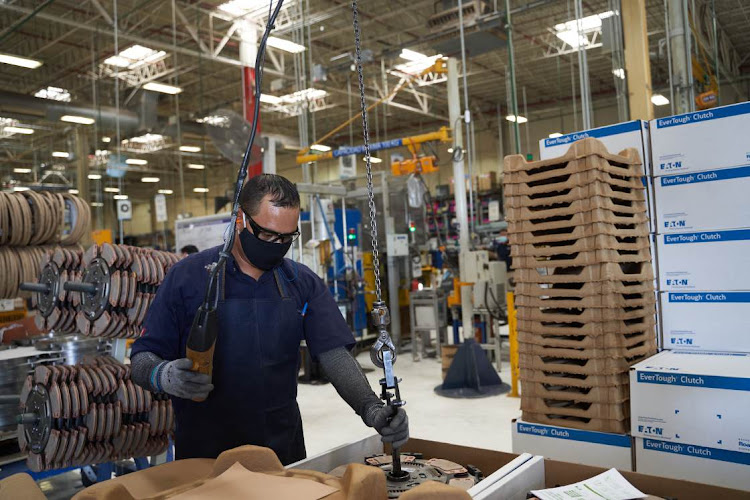 Economists expected initial claims to fall to 850,000 and for continuing claims of 12.2-million, according to median estimates in a Bloomberg survey.

The report came with a key caveat: the figures from California, the most populous state, used the prior week’s numbers because the state suspended acceptance of new applications for two weeks to improve its systems and cope with a backlog of filings.

US stocks rose at the open Thursday and treasury yields were higher amid signs of progress in Washington toward a fresh fiscal-stimulus package.

While the latest claims numbers reflected gradual labour-market improvement, the figures remain well above pre-virus levels. Other reports suggest risks are mounting for the economy and, despite the latest progress, legislators have failed for months to reach a deal on renewing fiscal stimulus.

A separate report Thursday showed Americans’ incomes fell in August by the most in three months after the government’s supplemental unemployment benefits expired, threatening to temper consumer spending.

US airlines are starting to lay off more than 30,000 workers unless they get additional federal aid. In addition, several major companies announced tens of thousands in job cuts this week, including Walt Disney, Allstate and Royal Dutch Shell. Meanwhile, Bloomberg reported Goldman Sachs is embarking on a plan to eliminate roughly 400 positions as the coronavirus pandemic outlasts the financial industry’s resolve to offer jittery employees stability.

The flood of news also suggests that management-level and salaried employees are increasingly at risk, after initial rounds of losses across industries that hit lower-level and hourly workers harder. Outside of big companies, Yelp data shows that more than 97,000 small businesses across the US have shut for good since March 1.

“Even as jobs are being recovered job losses are mounting, indicative of continuing strains in the labor market,” Rubeela Farooqi, chief US economist at High Frequency Economics, said in a note Thursday.

The government’s monthly jobs report on Friday — the last before November’s presidential election — is set to show job gains moderated further in September, with forecasts for payrolls to rise by about 872,000 and unemployment dropping slightly to 8.2%. That report reflects the period covering the second half of August and first half of September.

Florida, Texas and Georgia led the drop in initial state claims on an unadjusted basis. States with a rise in filings included Maryland, New Jersey and Illinois.

The report also showed more Americans tapping a federal programme for people whose regular state benefits expired, indicating that unemployment is persisting for many people.