Minorities must go to the front of the line for vaccine, Fauci Says 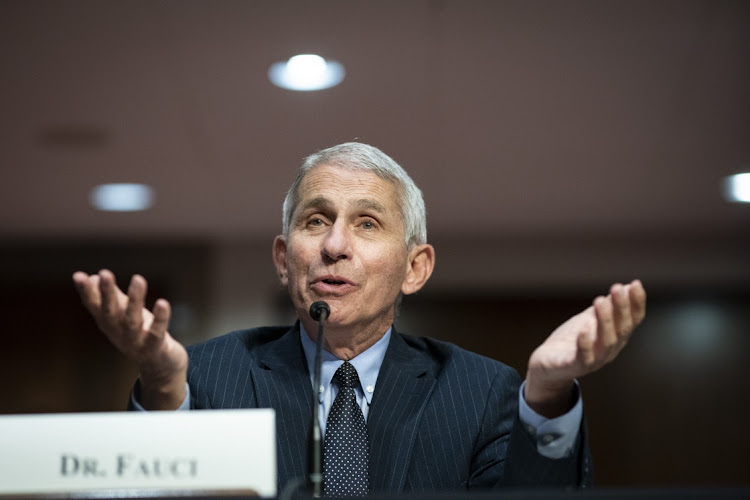 New York — Anthony Fauci, the US’s top infectious disease expert, has highlighted how Covid-19 disproportionately sickens people of colour, and has said they must be strongly represented in the race to find a vaccine.

Fauci, who heads the National Institute for Allergy and Infectious Diseases, said in an interview at the Bloomberg Equality Summit that people of colour often hold essential jobs that don’t allow them to work from home. At the same time, they have higher prevalence of conditions including diabetes, hypertension and obesity.

It’s a toxic combination that’s translated into higher Covid-19 hospitalisation rates than the population at large, according to Fauci. “There’s almost a double whammy on the minority populations.”

Vaccine research also must recruit African-Americans, Latinx and other minorities to participate in late-stage vaccine trials, he said. There’s been progress with Latinx, according to Fauci, but “still, we have to do much, much better with the relative percentage of African-Americans that are in the trial.”

Once a vaccine is available, minorities will likely be in a priority group to receive it, he said, and because the shots are paid for by the US government, they will be available for free.

Though there may be costs to administer a vaccine, “that should not be something that gets in the way of poor people receiving it”, Fauci said.

Fauci also sketched out a realistic timeline for a vaccine during his interview, and talked about safeguards that should insulate the vaccine approval process from political pressure. Here’s what he had to say.

In the interview, Fauci called the pandemic the biggest challenge he has seen in the four decades he’s been in his post, rivaled only by the HIV/AIDS crisis.

“When you talk about the concentrated explosion of a pandemic that can essentially involve virtually anybody and everybody on the planet,” he said, “the answer to your question is, yes, this is the most difficult thing we have faced in a very constrained period of time.”

Fauci said that while it’s “aspirational” to have all Americans vaccinated by April 2021, it’s more likely to happen towards the middle to the end of 2021.

Then people have to actually receive a vaccine, and some experimental candidates require two shots. Moderna’s product, for instance, administers a prime and then a boost 28 days later, Fauci noted.

But he said he’s “reasonably confident” that coronavirus vaccines will start to become available much earlier, by November or December of this year. That could happen either through a formal approval by the US Food and Drug Administration (FDA) or an emergency clearance, he said.

The quest for coronavirus vaccines is taking place in a US presidential election year, as the public health crisis — and the ensuing economic disaster — have become a major issue for voters.

That’s driven fears about political pressure hastening an approval, especially as President Donald Trump himself has presented a rosier view of when a vaccine could be widely available than his own health officials.

“There is certainly a lot of talk and concern about politicisation of the process of approval,” Fauci said. “But as I always point out to people, there are so many levels of checkpoints to mitigate against political interference with that.”

Chief among those safeguards is an independent data and safety monitoring board that analyses vaccine data, safety and effectiveness, he said. Vaccine results will also eventually become public. And advisory committees to the FDA will play a role, as will the FDA itself, which has said it will not let politics interfere with its decision on a vaccine.

Said Fauci: “I’m going to take them at their word.”

About 156 nations have joined the Covax scheme, but US and China stay away
World
1 year ago

‘The choice is either everybody follows the rules or we will have to take more measures,’ health secretary Matt Hancock warns
World
1 year ago

Shots must be fairly distributed worldwide or nearly twice as many people will die from Covid-19, says Microsoft founder
World
1 year ago