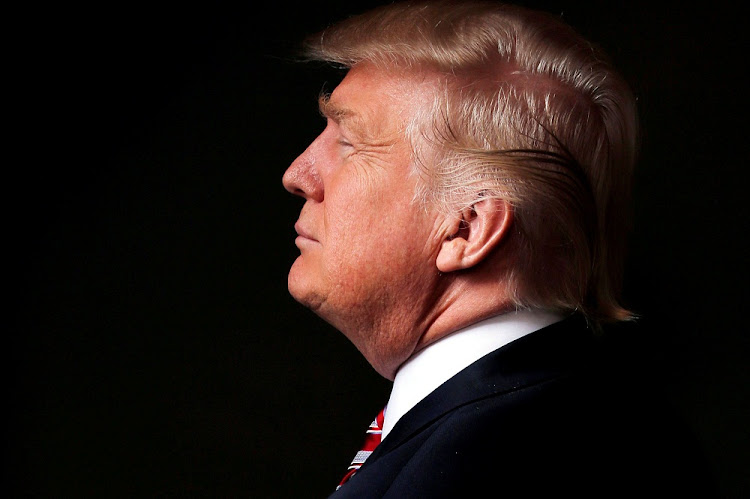 Washington — President Donald Trump is taking to the airwaves in the once reliably Democratic state of Minnesota, launching an attack ad that paints opponent Joe Biden as “taking a knee” when protests in Minneapolis turned violent.

The Trump campaign’s foray into Minnesota — including at least $12.9m in advance ad buys after Labor Day — represents an audacious attempt to win a state that has gone to Democrats in every presidential election since 1972. Trump lost the state by only 1.5 percentage points in 2016, and Minnesota was ground zero for summer-long protests and civil unrest after the police killing of George Floyd in Minneapolis in May.

“Lawless criminals terrorise Minneapolis,” the ad says over images of burning buildings and a mask-wearing Biden taking a knee. “The weak response from Biden and radicals like Ilhan Omar has led to chaos and violence.”

The ad, which debuted on Tuesday, is running statewide in Minnesota as well as in Wisconsin media markets that reach parts of its western neighbour, according to data Bloomberg News reviewed from Advertising Analytics.

Biden deputy campaign manager Kate Bedingfield called the Minnesota ad another example of “divisiveness and destruction” from the Trump campaign. “Trump is a weak and failed leader who stokes division and chaos as a political strategy to distract from the huge economic, racial justice, and public health crises occurring under his watch,” she said.

The Biden campaign has reserved $3m in the state and says it is taking Trump’s Minnesota gambit seriously.

“I don’t think it’s a head fake. It’s not necessarily something I tip my hat to, either,” Patrick Bonsignore, Biden’s director of paid media, said of Trump’s Minnesota ad buy. “Being up on the air in Minnesota doesn’t resolve all of their other problems.”

Biden has seven different ads running in the state in the week ending Tuesday, spending an estimated $133,675 to air them so far. The spots, which also have run in other states, criticise Trump for his handling of the pandemic and the economy, or tout Biden’s experience and competence to tackle the nation’s challenges. One ad, called “Scranton”, targets working-class white voters by emphasising his upbringing in a Pennsylvania factory town.

With its progressive Scandinavian heritage, Minnesota is more Democratic but also has more white voters than other Great Lakes states.

Its 10 electoral votes would provide an insurance policy for Trump. If the rest of the 2016 map remained the same, he could lose the so-called “Blue Wall” states of Michigan, Pennsylvania and Wisconsin and still reach exactly 270 electoral votes — the magic number to win the White House for a second time.

But the best defence is a good offence, so the Trump campaign also sees Minnesota as part of a strategy to force Biden to spend time and resources in a state Democrats can usually take for granted.

“In 2016, Hillary Clinton did not spend a single dime on Minnesota TV,” said Trump campaign manager Bill Stepien. “Not only is Joe Biden being forced to spend time in Minnesota he’s also spending money on the air running TV ads in Minnesota.”

Biden has not yet visited the state but his running mate, Kamala Harris, held a virtual event for Minnesota voters on Tuesday about safely reopening schools amid the coronavirus pandemic.

Biden is doing a version of the same strategy, spending in Republican-leaning states like Iowa and Arizona, hoping to draw Trump into a fight and give more pathways to 270 electoral votes.

The Democrat’s campaign has also reserved time in even deeper-red states: $5.5m in Texas and $2.8m in Georgia. That spending is so far going unanswered by the Trump campaign, which says it is willing to call Biden’s bluff.

“I don’t think Biden is ultimately going to spend $6m in Texas,” said Trump campaign senior adviser Jason Miller. “I think it would be great if he did, and he’s welcome to it. I’m sure the TV stations there would appreciate it.”

Activists have flagged the US president’s remarks, saying voting twice is illegal
World
10 months ago

Historic flight takes Israeli and US officials to UAE

Historic flight takes Israeli and US officials to UAE