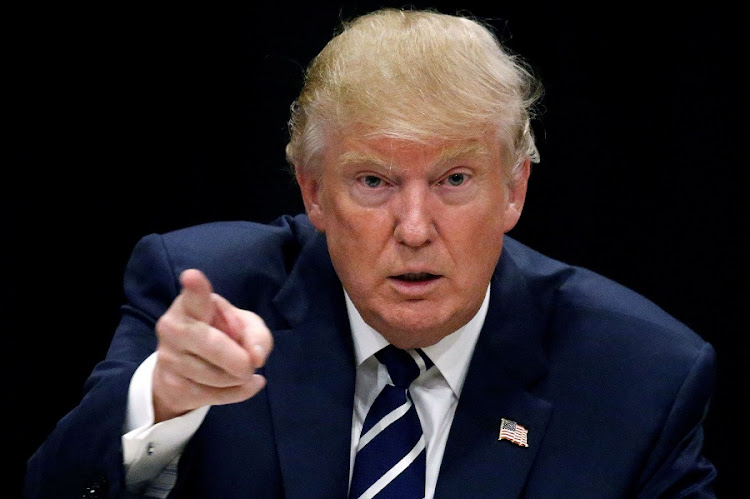 Washington/Beijing — US President Donald Trump has said he called off last weekend’s trade talks with China, raising questions about the future of a trade deal that is now the most stable point in an increasingly tense relationship.

“I canceled talks with China,” Trump said on Tuesday in Yuma, Arizona. “I don’t want to talk to China right now.”

The phase-one trade deal, which came into force in February, had called for discussions on implementation of the agreement every six months. Chinese vice-premier Liu He was supposed to hold a video conference call with US trade representative Robert Lighthizer and treasury secretary Steven Mnuchin, but it was postponed indefinitely.

On Wednesday, Chinese foreign ministry spokesperson Zhao Lijian deferred comment to the “[correct] department” when asked about Trump’s remarks on the trade talks.

While China is making many of the structural changes it promised on issues such as intellectual property protection, its purchases of US goods are well below where they need to be to meet promised targets, and there’s almost no chance they can be fulfilled now with the damage Covid-19 has done to the global economy. A collapse of the deal risks leading to a return of the tit-for-tat tariff war that hurt trade and companies around the world.

“The phase-one trade deal has been the bright spot in the relationship,” Charles Freeman, senior vice-president for Asia at the US Chamber of Commerce, told Bloomberg Television on Wednesday. “I’m certain the president looks at the election and equity markets and realises that, as challenging as it might be to get the commitments implemented by China that his folks have engineered, it probably would be worse to just scrap the deal entirely.”

Addressing whether the US would pull out of the phase-one deal, Trump said: “We’ll see what happens.” Terminating the deal would require a written notification and take effect 60 days later, unless both parties agree on a different date.

The talks never made it onto any official public calendar in Washington or Beijing, but the South China Morning Post reported that they were set for last Saturday. Earlier, Chinese foreign ministry spokesperson Zhao Lijian said that information on high-level talks will be released “in due course”.

“The recent US sanctions on Chinese companies likely impacted the talks,” said Mei Xinyu, a researcher at a think-tank under China’s commerce ministry. “How can the talks proceed if the US keeps creating new problems? Whether the US wants to provide a stable or turbulent environment for businesses, that’s entirely up to them. China should be the anchor of stability and order.”

Trump has stepped up pressure on China over everything from democracy in Taiwan and Hong Kong to popular apps WeChat and TikTok as he looks to make up ground in the polls before the November election. One of his main goals with the trade deal was to lower the US deficit with China, but now it’s rising again.

In addition, the collapse of international travel will hit Chinese demand for new US planes and has stopped hundreds of thousands of Chinese citizens from traveling to the US for college or tourism, decimating US services exports.

Trump has been stepping up complaints about China, particularly over the spread of the coronavirus, which he regularly calls the “China virus.”

“What China did to the world was unthinkable,” Trump said on Tuesday.

China has started an anti-dumping investigation into Australian wine, which saw shares of Treasury Wine Estates fall as much as 20%
World
8 months ago