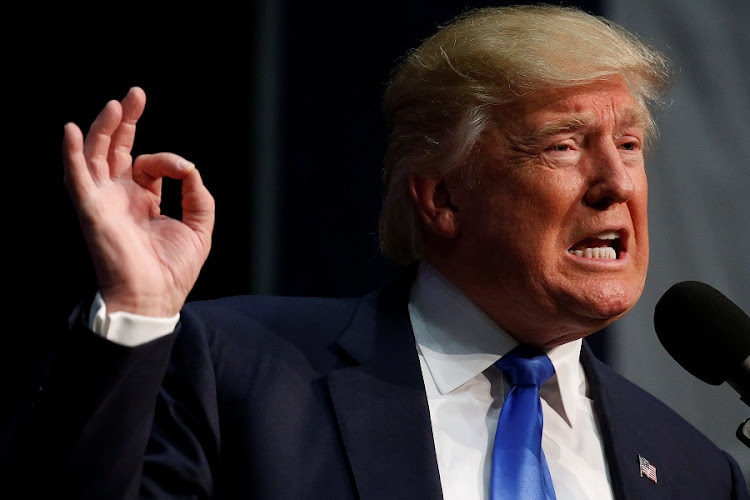 Washington — President Donald Trump Thursday directly tied his opposition to a proposed $25bn financial lifeline for the Postal Service to his criticism of efforts to encourage mail-in voting during the coronavirus pandemic.

In an interview with Fox Business’s Maria Bartiromo, the president said Democrats “need that money to have the post office work so it can take all of these millions and millions of ballots”. And that without it “that means you can’t have universal mail-in voting because they’re not equipped to have it”.

It was the second time in two days the president has linked the issue. In a press briefing on Wednesday, he said if he rejects the funding, “they don’t have the money to do universal mail-in voting, so therefore, they can’t do it, I guess. Right?”

The remarks throw yet another obstacle in negotiations over a coronavirus stimulus bill. Democrats have been seeking $3.6bn in election funding and $25bn for the Postal Service, but a Republican counter-offer included neither and negotiations have stalled.

The president’s attacks on vote-by-mail have raised concerns among Democrats that he will question the validity of an election that will see a surge in mail-in ballots.

The Biden campaign harshly criticised the president’s position, with spokesperson Andrew Bates saying in a statement that Trump is “sabotaging a basic service” because “he wants to deprive Americans of their fundamental right to vote safely” during the pandemic.

The remarks also undermined statements by Trump-appointed postmaster general Louis DeJoy, a major Republican donor, that his recent decisions to bar overtime and other policy and personnel changes would have no effect on vote-by-mail. He has said the moves were only intended to streamline services and cut costs.

Slower delivery times could have a significant effect on mail-in voting as many states require ballots be in the hands of elections officials by the time polls close on Election Day. In 2016, roughly one in four rejected mail-in ballots were set aside because they arrived too late, according to the US elections assistance commission.

More than three-fourths of Americans will be able to cast a mail-in ballot this autumn, either because their state is conducting an all-mail election, allows no-excuse absentee voting or will accept the coronavirus as an excuse this year.

The president, who has repeatedly claimed without evidence that vote-by-mail is rife with fraud and hurts Republican candidates, backtracked recently, saying he supported it in his home state of Florida.