The Campaign Legal Center says they broke the law by making payments to firms that were used as conduits, hiding the actual recipients of the money 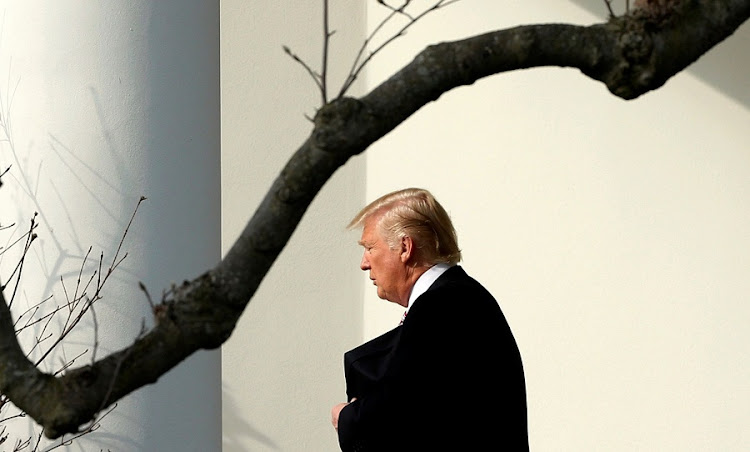 Washington  — Two of President Donald Trump’s re-election committees violated campaign finance laws by obscuring the true purpose and recipients of almost $170m in payments, including salaries paid to Lara Trump and Kimberly Guilfoyle, according to a complaint filed on Tuesday with the Federal Election Commission by a watchdog group.

“These schemes have disguised millions in payments to companies engaged in significant work for the campaign, as well as payments to Trump family members or senior campaign staff,” which is a violation of reporting requirements, the complaint said.

The filing says that starting in 2018, Trump’s campaign and Trump Make America Great Again, which raises money from small-dollar donors for the re-election effort, made payments to two companies controlled by Brad Parscale, Trump’s former campaign manager who was demoted to senior adviser in a shake-up earlier in July.

One of the companies, American Made Media Holding, received $166m, while the other, Parscale Strategy, got $2.6m. The payments were for services that included placed media, online advertising, and various types of consulting that were actually performed by other companies and individuals at the direction of the campaign.

American Made Media, which received the bulk of the payments, used other vendors to actually perform the services, federal records from other agencies show. For example, broadcasters, which are required to report political spending on their airwaves to the Federal Communications Commission, list Harris Sikes Media, not American Made Media, as having purchased television time for Trump’s campaign ads.

Software company Phunware, which built Trump’s mobile app, reported in a filing with the US Securities and Exchange Commission that it had been paid $3m in 2019 by American Made Media, which was its top client, the complaint says. No payments to Phunware appear in disclosures to the FEC.

Trump campaign assistant treasurer Sean Dollman and counsel Alex Cannon are listed as American Made Media’s directors on its corporate records, the complaint says. The company was controlled by the campaign “and in particular, Brad Parscale.”

In its complaint the Campaign Legal Center asked the FEC to conduct an immediate investigation.

Trump has been battered by polls showing the public disapproves of his handling of the pandemic that has killed 146,000 Americans
World
9 months ago

As the US president’s approval ratings plunge over his handling of Covid-19, the economy and race relations, his team is trying to pin Biden as a ...
World
9 months ago

With his tenure as president solidified, Xi is now prepared to take on the world — from Hong Kong and the South China Sea to the UK and the US
World
9 months ago

Donald Trump has changed the way the world is conducted, and major world leaders are battling to work out what shock comes next
World
10 months ago