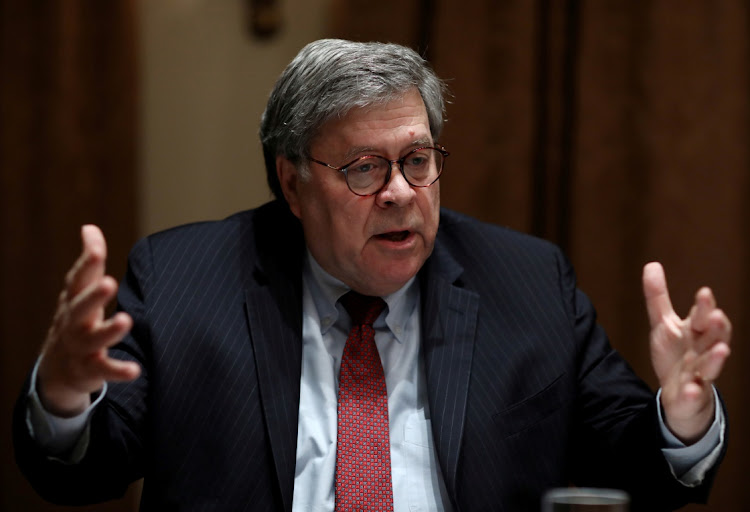 New York — Major US companies including Walt Disney and Apple have become pawns of China, enabling the government in Beijing to amass influence and wealth at the expense of the US and Western democratic values, attorney-general William Barr said on Thursday.

“American companies must understand the stakes,” Barr said during a speech in Michigan. “The Chinese Communist Party thinks in terms of decades and centuries, while we tend to focus on the next quarter’s earnings report.”

Citing Disney as an example of US companies manipulated by China, Barr said the entertainment giant gave in to demands from the government, which for a time banned all of its films. He said Disney agreed to give Chinese government officials a role in managing the theme park it built in Shanghai, only to see a Chinese-owned park open in another city featuring characters that look very much like Snow White and other trademarked Disney characters.

Barr cited Apple’s recent removal of the news site Quartz from its app store in China, after the Chinese government complained about coverage of the Hong Kong democracy protests. Apple also removed apps for virtual private networks, which had allowed users to circumvent the Great Firewall, and eliminated pro-democracy songs from its Chinese music store, Barr said.

Officials at Disney did not immediately respond to a request for comment. Asked about Barr’s comments, an Apple spokesperson pointed to earlier company statements about the security of its iCloud software in China and its “strong encryption across our devices and servers.”

The speech is part of a renewed effort by the Trump administration to attack China, which includes blaming it the coronavirus pandemic, which began there and has killed almost 140,000 Americans and ravaged the US economy.

Barr said the Chinese government has launched hacking attacks to steal coronavirus vaccine research from US companies and universities, while hoarding supplies needed to combat the pandemic. He made no mention of the joint assertion by the US, the  UK and Canadian governments on Thursday that Russian state intelligence has done the same.

In calling out US companies he said were too willing to bow to Chinese demands, Barr warned US business leaders that they are  prime targets for Chinese influence operations. He warned they could be held in violation of rules against foreign lobbying.

“America’s corporate leaders might not think of themselves as lobbyists,” Barr said. “But you should be alert to how you might be used, and how your efforts on behalf of a foreign company or government could implicate the Foreign Agents Registration Act.”

The country will impose sanctions on Lockheed Martin after the US sold missile parts to Taiwan, which China considers part of its territory
World
11 months ago

Donald Trump has changed the way the world is conducted, and major world leaders are battling to work out what shock comes next
World
11 months ago
Next Article