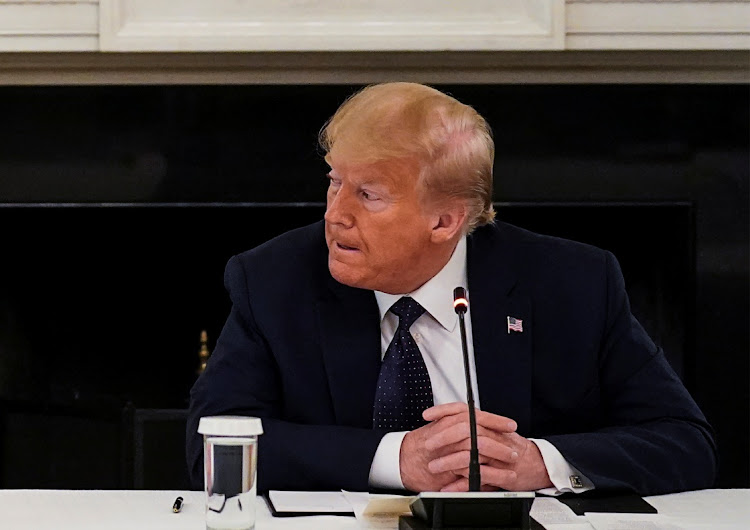 Washington/San Francisco — The Trump administration has expressed little concern over climate change as it pursues its goal of American dominance in the energy market.

Federal judges say it should be concerned.

At least six times since President Donald Trump took office, courts have rebuked the interior department for selling drilling rights or advancing oil projects without adequately considering the consequences to a warming planet. The decisions have jeopardised high-stakes oil development plans across more than 400,000ha of federal land.

The courtroom defeats have dealt a blow to Trump’s energy dominance agenda even as he campaigns for re-election on promises to rebuild the American economy — and brushes aside environmental concerns in the process. Just last week, Trump signed an executive order empowering federal agencies to speed up large infrastructure projects by sidestepping key environmental protections, citing the urgency of economic recovery after the Covid-19 pandemic to justify the emergency action.

The court rulings also call into question the durability of Trump’s efforts to unleash domestic fossil fuel development. If he is defeated for re-election in November, the decisions will make it easier for a new president to swiftly undo the initiatives.

“Judges all over the country are saying you can’t ignore climate when you’re leasing fossil fuels,” said Pat Gallagher, director of the Sierra Club’s environmental law programme. “The judges aren’t going to ignore climate even if Trump wants to.”

The latest climate-related defeat came in May, when Montana-based US district court judge Brian Morris tossed out 287 oil and gas leases spanning 58,705ha in the state more than two years after the federal government sold those drilling rights. Morris said the interior department’s bureau of land management failed to adequately scrutinise the consequences of its decision-making, even though courts have consistently said such a “hard look” is required under the National Environmental Policy Act (NEPA).

The judge found the bureau failed to take into account the emissions that would be released when oil and gas extracted there was eventually burnt to produce electricity, heat homes and fuel cars

Morris faulted the bureau for failing to consider how the leases would affect the climate when added to other past and “reasonably foreseeable” future actions. Focusing only on the potentially negligible emissions from a single lease sale or energy project isn’t enough in the face of a global threat, Morris said.

In a series of rulings examined by Bloomberg, federal judges have insisted government agencies must do a better job examining how pipelines, coal leasing and oil development projects affect not just conventional environmental concerns such as wildlife protection, clean air and water quality — but also the climate.

“We see a clear trend of federal courts finding that the federal agencies must consider the cumulative climate impacts of fossil-fuel leasing,” said Michael Gerrard, director of Columbia University’s Sabin Centre for Climate Change Law. Meanwhile, “the Trump administration has a clear policy of encouraging fossil-fuel production and resists any disclosures that could interfere” [with that].

At the bureau of land management, that approach has translated into a series of narrowly drawn environmental analyses of individual decisions on oil leasing and management. The bureau also applied that narrow focus to oil-drilling decisions under former president Barack Obama but has continued it under Trump — even as federal judges make clear it is inadequate.

“If your real objective is to maximise fossil-fuel production, the best defensive stance is to cross all the T’s and dot all the I’s in your review,” Gerrard said. “If you intentionally close your eyes you’re asking for trouble.”

So far, trouble is exactly what the land management bureau has got. Federal judges have found an array of problems with the bureau’s climate analysis — when it exists it all. For example, in 2019, a Washington-based federal judge called out the bureau for broadly explaining the potential effects of climate change only at the conceptual level without explaining the “direct, indirect, and cumulative climate impacts” of greenhouse gas (GHG) emissions that would be unleashed by issuing 282 leases spanning more than 121,405ha in Wyoming.

On similar lines, a federal judge in December asked the bureau to update its environmental analysis of an SG Interests gas project in the Colorado River Basin, which spanned both the Obama and Trump administrations. The judge found the bureau failed to take into account the emissions that would be released when oil and gas extracted there was eventually burnt to produce electricity, heat homes and fuel cars. However the judge stopped short of vacating the leases, saying that would be “disruptive” as SG had already spent more than 10 years seeking approval of its proposed operations.

The interior department defended its approach, saying in an e-mailed statement that the agency was pursuing “reliable, affordable energy from America for Americans, while preserving a healthy environment through responsible development”.

“Special interest groups bring numerous, frivolous lawsuits against the department to show their donors that they are ‘taking action’,” the agency said. “It is hardly surprising that these frequent-filer litigants can sometimes find forums to temporarily slow administrative actions.”

Nevertheless, the administration’s poor track record in court is jeopardising some oil company investments. At least one of the leases tossed out by Morris last month already is actively producing oil and gas, according to government data reviewed by WildEarth Guardians, an environmental group that mounted the successful challenge. The ruling also could curb plans by other companies holding some of the vacated leases, including Oklahoma-based Continental Resources  and Kirkwood Oil & Gas.

Separately, the US Army Corps of Engineers has been forced to suspend its programme for fast-tracking pipelines such as Keystone XL, after environmentalists successfully challenged the agency’s handling of endangered species concerns.

Another case in federal court illustrates the stakes. Oil and gas companies that spent nearly $192m on eight leases in Montana, Utah and Wyoming may be prevented from buying new tracts to expand their operations, after a federal judge issued an injunction halting lease sales in and after December 2018.

The Western Energy Alliance, an industry trade group fighting to get a suit challenging the lease sales thrown out, warned in a court filing before the ruling that the leasing freeze would cause “millions of dollars of invested capital to sit idle” with the harm “compounded by lost opportunity costs of that capital and having to re-allocate personnel resources”.

“It throws uncertainty into the system” without environmental gain, said Kathleen Sgamma, head of the alliance. Even if oil and gas development is blocked on federal lands, people will still need oil and gas to fuel their cars and heat their homes, she said. “You can almost argue that GHG analysis is fairly irrelevant, because if we don’t produce it here in the US, we’re importing it from overseas, in which case the GHG emissions are actually higher.”

The rulings pose even greater risk for the oil industry if Trump loses his re-election bid. Presumptive Democrat nominee Joe Biden has vowed to halt new oil, gas and coal leasing on federal lands. If he is elected, any disputed oil and gas leases would be easier for him to sweep away too.

And it’s not just private money at issue. The Trump administration has celebrated surging revenue from energy production on federal land — up 31% to about $12bn in fiscal 2019.

Environmentalists argue there are real climate consequences to fossil-fuel development on public lands — and NEPA requires federal agencies to thoroughly examine the issue before selling leases that could yield oil, gas and coal for decades. The combustion of fossil fuels extracted from public lands accounts for almost a quarter of US GHG emissions, according to a 2018 report from the government’s US Geological Survey.

“Every little setback is important to ensuring that we’re not entrenched in fossil fuels long after we should have transitioned” to cleaner-burning alternatives, said WildEarth attorney Becca Fischer.

A major challenge for the land management bureau is baking climate analysis into the agency’s layered decision-making around oil and gas development — including its approval of broad resource management plans governing certain regions, subsequent lease sales and, even later, individual drilling permits.

Oil and gas companies only buy a small fraction of land made available for lease, and many of those tracts never get drilled, said Bret Birdsong, a University of Nevada law professor who spent three years as the interior department’s deputy solicitor for land resources. It’s even harder to pinpoint the location of potential wells, making it difficult for the bureau to specifically predict the environmental effects of its oil leasing plans.

But NEPA doesn’t require perfection — just a “reasonable” analysis, and “they aren’t even meeting that level in the courts’ eyes”, Birdsong said. “How many does it take for them to say ‘wait a minute, we’re going to keep getting beat, we’ve got to get on top of this thing and figure it out?’”

The Trump administration is already responding — not by beefing up its scrutiny of fossil-fuel leasing decisions, but by moving to undercut it. A drafted final rule under review at the White House would narrow the scope of those agencies’ environmental reviews under NEPA, so regulators would not be required to assess the “cumulative” impacts of potential decisions.

Instead, under the US council on environmental quality proposal, agencies would focus their scrutiny on reasonably foreseeable effects with a “close causal relationship to the proposed action” — a change that would at least temporarily discourage them from considering the climate impacts of their decisions.

Since Congress hasn’t revised the underlying, 50-year-old NEPA, all of its requirements remain on the books. And courts have been clear that the law requires a hard look at the cumulative effects of their actions, including GHG emissions, said Hana Vizcarra, staff attorney at Harvard University’s environmental and energy law programme. “We’ll see how much the change of regulation will shift that.”

The global clean-energy sector is expected to bounce back quickly despite the coronavirus pandemic, according to the report
World
11 months ago

The fund was built on the country’s revenue from oil and gas production, but Norway is taking a leading role on responsible investment
World
11 months ago

Executive pay to be increasingly linked to ESG goals

In the post-Covid-19 era the bottom line alone will not suffice — it will be mandatory to meet environmental, social and governance targets
World
11 months ago
Next Article