The Brazilian environment agency did away with authorisations with thousands of unchecked shipments from Pará, a hotbed of deforestation 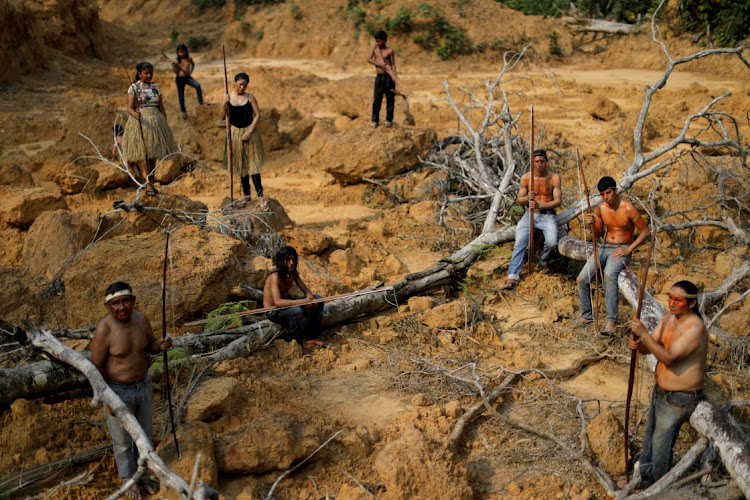 Brasilia — Over the past year, Brazil exported thousands of cargoes of wood from an Amazonian port without authorisation from the federal environment agency, increasing the risk that they originated from illegally deforested land, two sources with direct knowledge of the matter have told Reuters.

After customs officials in Europe and the US alerted Brazil of the issue, the president of the Brazilian environment agency, known as Ibama, changed regulations to do away with previously required export authorisations, according to an internal document seen by Reuters.

The changes made by Ibama president Eduardo Bim overruled a technical opinion by five Ibama analysts who argued that the export approvals should remain in place. The two Ibama sources, who have both worked directly on wood inspection and spoke on the condition of anonymity due to concerns about professional repercussions, said the changes further weaken Brazil’s ability to control the export of illegally deforested wood.

Ibama responded to questions from Reuters with a detailed technical description of the current process for exporting wood, not mentioning the previous need for a separate authorisation from the agency. It referred to export clearances given by the federal revenue service, saying they are only granted after cross-referencing with the country’s system for overseeing wood to verify that it is of legitimate origin. Ibama is still able to make spot inspections of wood cargos headed for export, it said.

Most of the shipments needed only the proper paperwork to be given the green light, but certain cargoes would be randomly selected for physical inspection

Pará, the Amazonian state from which the thousands of unchecked shipments of wood and lumber were exported, is a hotbed of deforestation. For the 12 months to the end of July 2019, Pará accounted for 40% of all illegal deforestation in the Brazilian Amazon, according to government data. The 3,862km2 destroyed there in one year is an area larger than the US state of Rhode Island.

The Amazon is the world’s largest rainforest and its protection is seen as vital to curbing climate change because of the vast amount of greenhouse gas that it absorbs and stores.

Destruction of the Amazon surged last year, provoking a global outcry, with some foreign leaders and environmentalists blaming the policies of President Jair Bolsonaro for emboldening illegal loggers, ranchers and land speculators.

Bolsonaro has said he is unfairly demonised and that so much of the Amazon still standing shows that Brazil is a model for conservation.

The rule change scrapping Ibama’s authorisations for most timber exports came after five cargoes of wood arrived in US and European ports earlier this year without Ibama authorisation, the two sources said.

Foreign authorities contacted Brazil to ask about the missing authorisations, with the head of Ibama in Pará then retroactively granting the authorisations, according to the sources.

The problem, however, is much more widespread than just the five shipments. In Pará state, more than half of the roughly 3,000 officially registered shipments in the past year, containing an estimated 54,000m3 of wood, that left one port did not have authorisation, one of the Ibama employees with direct knowledge of the matter said.

Companies had requested authorisations from Ibama for those shipments but exported them before the agency had time to respond, the person said. Beyond that, many shipments were exported without seeking approval from Ibama in the first place, but the exact number is unknown, the source said.

Shipments went to the US, the Netherlands, France, Germany, Belgium and possibly other countries.

While wood produced in violation of these rules is illegal, NGO Greenpeace says that, in practice, it can be difficult to distinguish between legal and illegal wood due to ... fraud and poor oversight

Before the rules changed, Ibama was required to give authorisation to all wood exports before they leave port. Most of the shipments needed only the proper paperwork to be given the green light, but certain cargoes would be randomly selected for physical inspection.

This allowed agents to catch cargoes that contain prohibited types of wood or shipments that have been stuffed with extra illegal wood beyond the amount described on the manifest, a common practice for hiding illegal shipments.

“Without export authorisation, it weakens the ability for someone to know whether the wood they’re buying is really of legal origin or not,” the second Ibama source said.

Brazil was the world’s ninth-largest exporter of forestry products in 2018, according to the UN’s Food and Agriculture Organisation (FAO).

Brazilian law demands that property owners preserve 80% of their land in the Amazon as natural vegetation. Selective logging is allowed in some areas under concessions that provide for only a few trees to be extracted from each hectare of land every 20 years or so.

While wood produced in violation of these rules is illegal, NGO Greenpeace says that, in practice, it can be difficult to distinguish between legal and illegal wood due to various forms of fraud and poor oversight.

In an order signed on February 25 and seen by Reuters, Ibama president Bim re-interpreted existing rules and laws, saying that wood exports in most cases do not need export approval from Ibama. In doing so, Bim overruled a February 13 technical opinion by five Ibama analysts who argued that the export approvals should remain in place.

Bim decided that existing systems in Brazil requiring registration of wood for transportation, processing, commerce, consumption and storage meant that a separate export authorisation was not needed. He allowed for some exceptions, ruling that five products still need export authorisation. But one of the Ibama sources said that those categories only account for a small fraction of Brazil’s forestry exports.

Greenhouse emissions rise to more than 55 gigatonnes of CO2 equivalent

Greenhouse emissions rise to more than 55 gigatonnes of CO2 equivalent