The idea that debt can grow faster than the ability to repay, until it unbalances a society, was well understood thousands of years ago 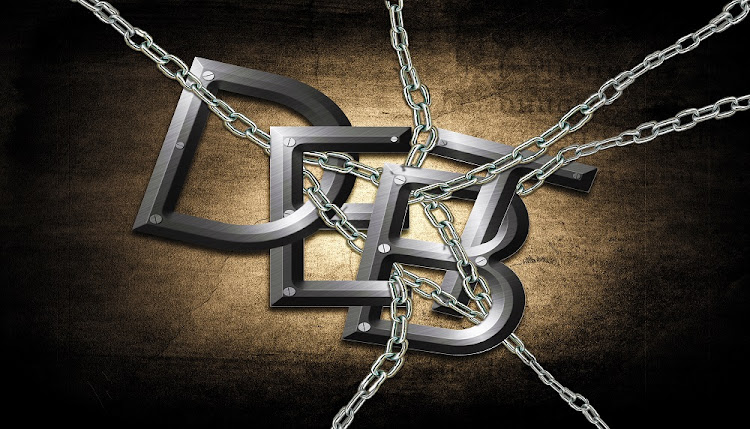 Washington — In ancient Babylon, a newly enthroned king would declare a jubilee, wiping out the population’s debts. In modern America, a faint echo of that idea — call it jubilee-lite — is catching on.

Support for write-offs has been driven by Democratic presidential candidates. Elizabeth Warren says she’d cancel most of the $1.6-trillion in US student loans. Bernie Sanders would go further — erasing the whole lot, as well as $81bn in medical debt.

But it’s coming from other directions too. In October, one of the Trump administration’s senior student-loan officials resigned, calling for wholesale write-offs and describing the US way of paying for higher education as “nuts.’’

While the current debate centres on college costs, long-run numbers show how debt has spread through the economy. The US relies on consumer spending for growth — but it hasn’t been delivering significantly higher wages. Household borrowing has filled the gap, with low interest rates making it affordable.

And that’s not unique to the US. Steadily growing debts of one kind or another are weighing on economies all over the world.

The idea that debt can grow faster than the ability to repay, until it unbalances a society, was well understood thousands of years ago, according to Michael Hudson, an economist and historian. Last year he published “And forgive them their debts,’’ a study of the Near East in biblical times and even earlier. That’s where the tradition known as a “jubilee” — wiping the debt-slate clean — has its roots.

Rulers weren’t motivated by charity, Hudson says. They were being pragmatic — trying to make sure that citizens could meet their own needs and contribute to public projects, instead of just labouring to pay creditors. And it worked, he says. “Societies that cancelled the debts enjoyed stable growth for thousands of years.’’

Forgiveness was good for the economy, would be a modern way of putting it. In an October paper, Moody’s examined how that might apply if the US writes off its student debts.

There would likely be a “modest increase’’ in household spending and investment, and eventually higher rates of home-ownership and business-formation, it said. Buying up student loans would increase the government’s own debt — but “only marginally,” since it already owns three-quarters of them. After that one-time hit, budget deficits each year would be slightly bigger because of the lost revenue from loan repayments, equal to 0.4% of GDP in 2018.

Critics usually raise two key problems with debt forgiveness. One is about fairness. The other is known as “moral hazard’’: will write-offs today lead to more reckless borrowing tomorrow?

These questions “need to be carefully thought through” for student loans, says William Foster, a senior credit officer at Moody’s and the report’s lead author. “Who would benefit, who would miss out, what attempts at equal treatment there should be?’’ Any plan would also have to address “what the situation would be for the next generation of students with regard to accumulating debt’’, he says.

A study by the Urban Institute said that wealthier households hold more student loans — so writing them off would be regressive. Pete Buttigieg, another Democratic presidential contender, wants to direct financial support towards poorer students, saying there’s no reason to subsidise richer ones.

Economies can skew against age cohorts, as well as income groups. Foster says the idea of debt relief plays into “the bigger debate about prospects for young Americans today: Job opportunities, the cost of education, income levels and slower wage gains since the financial crisis.’’

The last Democratic administration also got in a fight over debt forgiveness.

Under President Barack Obama, the government took steps to help underwater homeowners. But it failed to get a measure allowing judges to reduce the principal due on mortgages — known as “cramdown’’ — through Congress.

Democrat-leaning analysts have been arguing about the episode ever since.

“There were five-million foreclosures,’’ says Mike Konczal, a fellow at the Roosevelt Institute. “It’s a real stain on the Obama presidency’s legacy. They had access to tools to be able to combat them.’’

In their 2014 book “House of Debt,’’ economists Atif Mian and Amir Sufi argued that the economy would have rebounded faster with more writedowns. Larry Summers, Obama’s economic adviser, pushed back when he reviewed it — praising their analysis but calling the policy proposals naïve.

A few years before the financial crisis, two top 2020 contenders — Warren and Joe Biden —- took opposite sides in another clash over debt relief.

Biden supported a 2005 bill that made it harder to get out of debt by filing for bankruptcy — on the grounds it would curb abuses and help ensure cheaper borrowing. Warren, then a Harvard professor who specialised in household finance, attacked it for punishing struggling families.

Konczal says that bill reflected a widespread idea that over-borrowing was a result of extravagant “lifestyle problems.’’ In reality, he says, “middle-class families were in a much more precarious situation than was realised’’ — and relying on debt for the basics.

Forgiveness isn’t the only big idea out there for reducing the economy’s reliance on private debt. Another one is to pay for things like homes or education with instruments that look a bit more like equity, and less like debt.

Mian and Sufi suggested a type of mortgage in which the lender shares risks if prices fall, and rewards when they rise. Some legislators, educators and investors are applying a similar model to college financing too.

Mitch Daniels, head of Purdue University and a former Republican governor of Indiana, is one of the champions of income share agreements. They work like this: investors fund students, and get repaid — hopefully with a return on their equity — when graduates start earning the higher wages that a degree should bring.

Hudson, the historian, also says equity-financing is better. But he thinks the government should play a role. In a 2018 paper with Charles Goodhart of the London School of Economics, he proposed public-equity funds to help first-time home buyers, students and small businesses. By edging out debt-financing, the authors argued, it could be a modern version of the ancient jubilees.

“The fact is, debt causes instability for a society,’’ Hudson says. Another lesson he’s drawn from studying credit over thousands of years: “Debts that can’t be paid, won’t be paid.’’

Government debt in Sub-Saharan Africa has doubled in the past decade, says the IMF, but the continent isn’t in a debt crisis yet
World
2 years ago

IMF bailout — are we there yet?

Lagarde’s green ambitions will have to wait on inflation focus

Mbalula puts Prasa under administration and dissolves its interim board

MDUDUZI LUTHULI: The tragicomedy of consumerism

Lagarde’s green ambitions will have to wait on inflation focus

Mbalula puts Prasa under administration and dissolves its interim board

MDUDUZI LUTHULI: The tragicomedy of consumerism