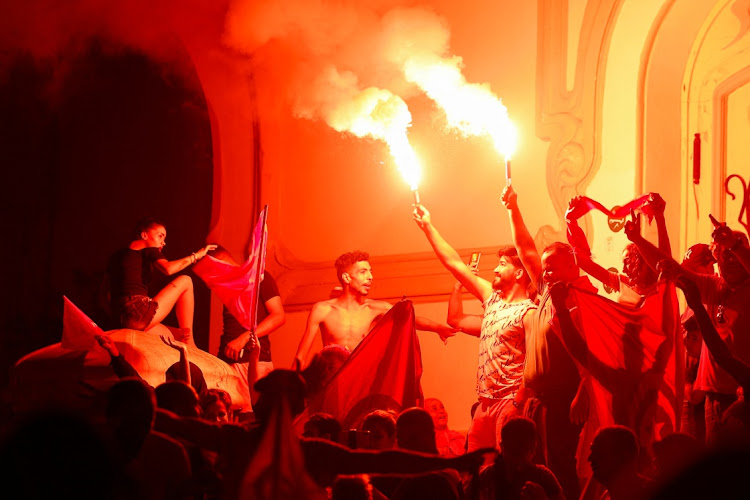 Tunis —  President Kais Saied said on Tuesday that the first decision after the constitutional referendum would be to draft a new election law, reports said.

Al Jazeera TV reported that Tunisia’s leader, who will gain greater powers through the new constitution, added that the new electoral law will change the format of the old elections wherein elected officials did not reflect the will of the voters.

Saied delivered the remarks after Monday’s referendum that was passed, albeit with a low turnout of 27.5%.

The opposition, which boycotted the vote,  has warned that the new constitution may dismantle the country’s democracy by greatly expanding presidential powers.

Saied ousted the parliament in 2021 and moved to rule by decree, saying the country needed saving from years of paralysis as he rewrote the democratic constitution introduced after Tunisia’s 2011 “Arab spring” revolution.

Opposition parties accused Saied of a coup and his new constitution augurs a slide back towards autocracy.

The new constitution gives the president power over both the government and judiciary while removing checks on his authority and weakening the parliament.

Tunisia, meanwhile, faces a looming economic crisis and is seeking an International Monetary Fund (IMF) rescue package — issues that have preoccupied ordinary people far more over the past year than the political crisis.

There was no minimum level of participation for the measure to pass and the electoral commission put preliminary turnout at only 27.5%.

Soon after an exit poll was published by Sigma Conseil indicating a “yes” vote of 92.3%, hundreds of Saied supporters flocked to the central Habib Bourguiba Avenue to celebrate.

“Sovereignty is for the people, the people want to purify the country,” they chanted, dismissing concerns over a return to autocracy.

“We’re not afraid of anything. Only the corrupt and the officials who looted the state will be afraid,” said Noura bin Ayad, a woman carrying a Tunisian flag.

Saied’s initial moves against the parliament last year appeared hugely popular with Tunisians, as thousands flooded the streets to support him, venting fury at the political parties they blamed for years of mismanagement and decline.

However, as Tunisia’s economy worsened over the past year with little intervention by Saied, his support appeared to wane.

“Now that we have given him a new political mandate to confront the political lobbies we ask Saied to take care of our economic situation, prices and food provision,” said Naceur, one of his supporters out celebrating on Monday.

An opposition coalition including the Islamist Ennahda, the biggest party in the dissolved parliament, said Saied had “miserably failed to secure popular backing for his coup” and urged him to resign.

The low turnout rate is not easily comparable to previous elections because Tunisia now automatically registers voters. The previous lowest participation rate was 41% in 2019 for the parliament that Saied has dissolved.

The president’s opponents have also questioned the integrity of a vote conducted by an electoral commission whose board Saied replaced this year, and with fewer independent observers than for previous Tunisian elections.

Casting his own vote on Monday, Saied hailed the referendum as the foundation of a new republic.

Western democracies that looked to Tunisia as the only success story of the Arab Spring have yet to comment on the proposed new constitution, although they have urged Tunis over the past year to return to the democratic path.

Economic decline since 2011 has left many Tunisians angry at the parties that have governed since the revolution and disillusioned with the political system they ran.

To address economic privations, the government hopes to secure a $4bn loan from the IMF, but faces stiff union opposition to the required reforms, including cuts to fuel and food subsidies.

As the Russian-Ukraine war drags on, already food-insecure Africa will face severe, riot-causing shortages of staple products, fertiliser and fuel
Opinion
3 months ago