Three police officers and their civilian informant were found guilty of the 2016 murder of human rights lawyer Willie Kimani, his client and their driver 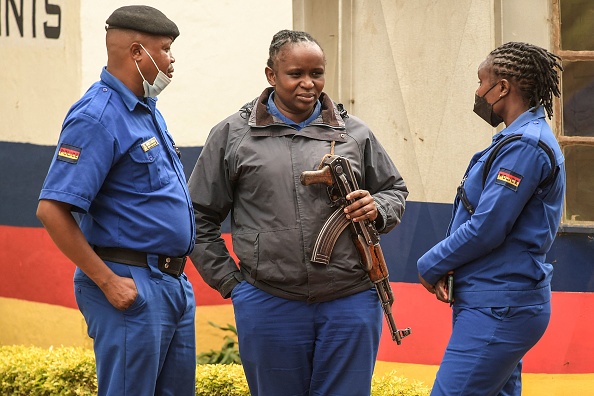 Nairobi — Three police officers and their civilian informant were found guilty of the 2016 murder of a human rights lawyer by a Kenyan court on Friday, a victory for campaigners struggling to hold police accountable for extrajudicial killings.

Willie Kimani, along with his client and their driver, were killed shortly after filing a complaint of police brutality. Their bodies were recovered from a river outside Nairobi.

At one point during the trial, when Judge Jesse Lessit recounted Kimani’s injuries in detail, his widow broke down in tears.

The case sparked outrage and was seen as a test of Kenya’s ability to hold police to account. Kimani’s employer, International Justice Mission, a global legal rights group, helps investigate and document police killings and brutality.

“This landmark decision will send a strong message to rogue police officers who abuse their powers that they will be held accountable under the law,” Benson Shamala, its country director, said in a statement.

A fourth police officer was acquitted. All five accused had pleaded not guilty to murder. The court is due to give directions on sentencing on September 23.

Kenyan police frequently face accusations of brutality and extrajudicial killings, but officers are rarely charged and almost never convicted. The police spokesperson did not respond to requests for comment.

The civil society coalition Missing Voices, which tracks suspected police killings, said officers only faced charges in 28 cases out of 1,248 alleged deaths and 275 disappearances the group had documented since 2007.

The police say they take action against any officer accused of brutality, while the Independent Policing Oversight Authority, a body set up to probe cases of police brutality, investigates such cases and recommends them for prosecution.

The police watchdog was formed in 2011 after police were blamed for the deaths of dozens of protesters in the violent aftermath of the disputed 2007 presidential election.

In 2016, two officers were jailed for seven years after a 14-year-old girl was shot dead during a raid on a house in the coastal region of Kwale County in 2014.

Last year a court jailed four police officers found guilty of the manslaughter of Alexander Monson, the son of a British aristocrat who was found dead in a police cell in the beach town of Diani in 2012.

Kibaki, who has died aged 90, ushered in economic reforms and a new constitution but his tenure was marred by a disputed re-election which led to ...
World
3 months ago

‘The Brave Ones’ unit offers dangerous work, a chance to protect wildlife and a decent livelihood
World
3 months ago
Next Article