‘We're starting to come to our senses on this question,’ Senegalese president tells Dakar conference 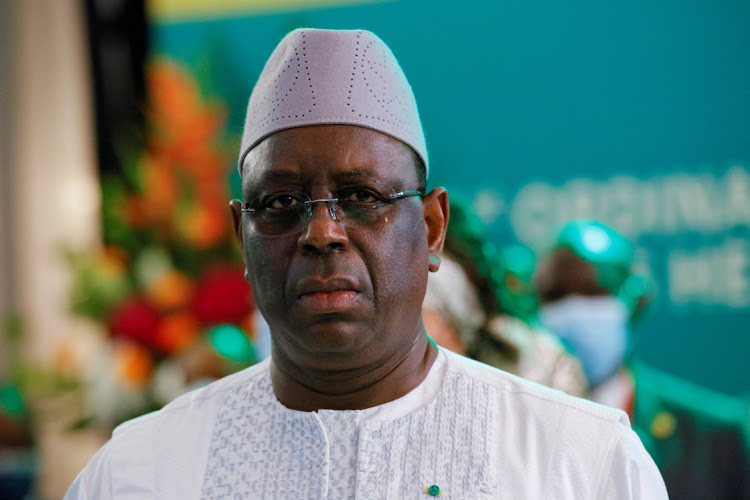 Dakar  — Senegalese President Macky Sall said on Thursday there is growing international support for developing gas resources in Africa as part of the continent's energy transition.

African leaders have bristled at pledges by Western countries to eliminate or reduce development financing in Africa for gas projects in the name of fighting climate change, even as those same countries tout gas as a “transition fuel” at home.

On Wednesday, the European parliament backed EU rules labelling investments in gas and nuclear power plants as climate-friendly. Gas is a fossil fuel that produces planet-warming emissions, but far less than coal.

“We need to salute the positive evolution of partner countries and institutions on the financing of gas projects,” Sall said in a speech at a World Bank-sponsored International Development Association  (IDA) conference in the capital Dakar.

“We are starting to come to our senses on this question,” he said, without citing specific examples.

But the war in Ukraine and efforts by developed economies to reduce their reliance on Russia have led to renewed interest in African gas. The German government, for example, said in May that it might help explore a gas field in Senegal.

The extent to which that interest in African gas for export could translate into support for domestic gas-fired power production is not yet clear, and donor countries have not reversed previously announced policies on development financing.

Nevertheless, World Bank MD for operations, Axel van Trotsenburg, said in an interview at the conference that there was mounting recognition of the role of gas as a transition fuel in Africa.

“Given that a lot of the OECD [Organisation for Economic Co-operation and Development] countries are increasing gas use, there is more sympathy for this argument,” he said.

The IDA’s website says it is “deepening its support to drive a resilient recovery for the poorest countries through its historic $93bn 20th replenishment cycle (IDA20) between July 1 2022 and June 30 2025.

African leaders were meeting in Dakar “to call for a strong start to the implementation of IDA20 focused on a robust and resilient recovery for Africa.

“African countries have been hit hard by the multiple global crises of climate and Covid-19, growing levels of food insecurity and more recently by the impact of the war in Ukraine. The IDA20 programme will support a resilient recovery from these crises, and help the continent continue its economic transformation.”

BRONDWYN DOUGLAS: Much-needed investment is not reaching Africa — but for the ...

BRONDWYN DOUGLAS: Much-needed investment is not reaching Africa — but for the ...