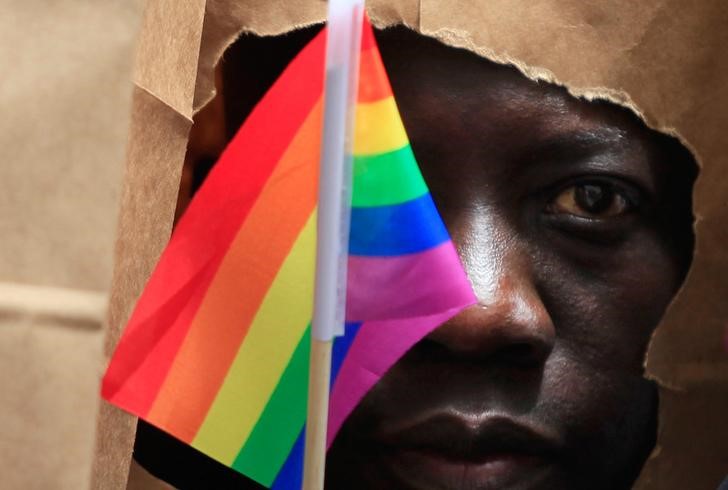 Lagos — YouTuber Victor Emmanuel knows first-hand how tough life is for people who are openly gay in Nigeria, where LGBTQ+ relationships and even same-sex displays of affection are illegal.

Last year, he was kidnapped by seven men who blackmailed, extorted and tortured him for two days in an attack that has since left him constantly looking over his shoulder.

“It is living with the fear of possible killing or incarceration for who I literally am. You are constantly having to explain your existence,” said Emmanuel, who dropped out of university after the attack.

This month, however, he will be joining LGBTQ+ Pride events in Lagos as campaigners band together to party and share stories in defiance against laws and conservative societal norms that limit their rights and self-expression.

“Pride month means a month to celebrate my queerness because most of the month I’m fighting, struggling and pushing back at society,” said Emmanuel, a 24-year-old who runs the “For Fags Sake” YouTube channel about Nigerian LGBTQ+ issues. “It is when I can actually sit and celebrate.”

Nigeria is a deeply religious country where many reject homosexuality as a corrupting Western import.

In 2014, the Same-Sex Marriage (Prohibition) Act was signed into law. It bars not only gay relationships but also any public sign of same-sex affection or membership of LGBTQ+ groups, with punishments of up to 14 years in prison.

Gay sex is illegal in more than half of African countries, according to global LGBTQ+ rights tracker Equaldex, though Gabon, Kenya and Botswana have all decriminalised same-sex relations in recent years. But despite the risks, activists are pushing to express themselves and demand change this June, a month which is marked around the world with LGBTQ+ Pride rallies and parties.

Nigerian LGBTQ+ events have been growing in number and size in recent years, though they remain behind closed doors due to safety and legal concerns. Celebrations this year are centred on the weeklong Pride in Lagos event which will include art exhibitions, a drag contest and a ball.

“It was birthed from the need for there to be pride,” said event organiser Olaide Kayode Timileyin. It is to put the fact that LGBTQ+ persons exist in Lagos.”

While there have been no convictions under the same-sex marriage act, rights groups and activists say it effectively sanctions abuses of LGBTQ+ people and has emboldened police officers and members of the public to carry out attacks.

The legislation amounts to “carefully constructed state violence” which “exacerbates queerphobia and prevents us from having a community”, said Kayode Ani Somtochukwu, founder of the Queer Union for Economic and Social Transformation (Quest).

The justice ministry and the police did not immediately respond to requests for comment.

In 2018, a group of 47 men were arrested and later charged for allegedly joining a gay club, in a case that drew international outcry and was widely seen as a test of the law. The men said they were at a birthday party and the case was thrown out by a judge due to the “lack of diligent prosecution”.

But LGBTQ+ people are growing vocal and visible, with the internet providing a space for gay-friendly films, talk shows and websites. With rights groups barred from formally registering as an organisation under the same-sex marriage law, most organising and support groups take place online.

Campaigners held what they say was the country’s first in-person LGBTQ+ rights protest this year in the capital Abuja in May.

There is little prospect the same-sex marriage law will be repealed in the foreseeable future due to a lack of support from MPs, said Obinna Okoronkwo, a lawyer at Templars law firm.

“The only action that can repeal this law is an act of the national assembly,” he said.

About 60% of Nigerians said they would not accept a family member who is LGBTQ+, down from 83% in 2017, according to a 2019 poll commissioned by Nigerian rights group the Initiative for Equal Rights (Tiers). Three-quarters of respondents said they supported the Same-Sex Marriage (Prohibition) Act, but that has dropped by 12% within four years, it found.

“Technology has helped to amplify the visibility of LGBTQI+ persons,” said Remi Makinde, the executive director of Tiers. “The ability to freely express oneself in a very repressive world definitely helps to educate people about accepting queer persons in the country.”

“Before we organised the protest in Abuja, many people believed it could not happen,” added Somtochukwu. “We are still at the beginning stages ... if we don’t fight (for rights) it is not going to happen.”