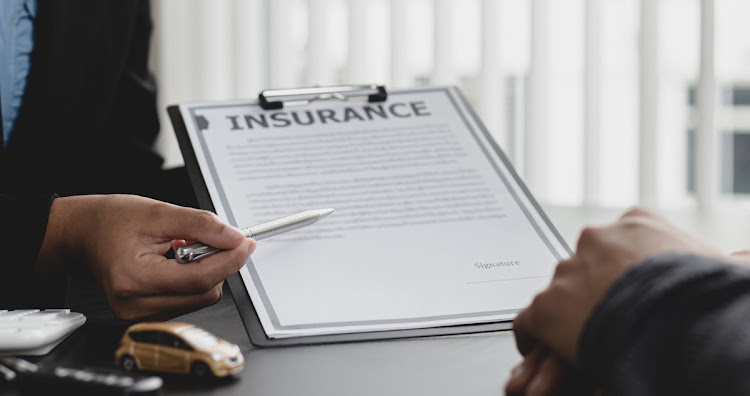 The biggest insurers are expanding in Africa, hoping to tap growth in a rising population and middle class, but climate change could complicate their quest for profits.

With Western markets overcrowded, the continent provides a rare chance to grow. In the US, insurance premiums, including life and general insurance, make up the equivalent of 12% of economic output or gross domestic product, according to Swiss Re. That is roughly four times the level across Africa, based on African Insurance Organisation estimates for 2019.

However, the region is going through some of the fastest climate warming in the world. Temperatures in Southern Africa rose at twice the global rate on average in the five years leading up to 2019, according to a report by the Intergovernmental Panel on Climate Change.

Yet insurers are undeterred, with some looking to expand even in vulnerable territories.

Global reinsurer Swiss Re wants to push further into Nigeria, including the major city Lagos, where sea surges already threaten expensive real estate and poor slums. It is in talks with regulators there to change the rules to allow foreign reinsurance firms to write more business.

Peer Scor wants to build up in agriculture, a sector vulnerable to extreme weather.

Other major African banks and insurers including Standard Bank, Absa and Sanlam have also put expanding into African markets at the core of their strategies.

This will expose their portfolios to ever more climate risk. The companies said there were multiple ways to mitigate this, including working with clients to reduce the risks they face.

Low levels of banking and insurance uptake among the continent’s young, rapidly growing and increasingly wealthy population mean Africa is seen as among the most attractive, untapped financial services markets in the world.

Before Covid-19, Africa’s insurance market was expected to grow at compound annual growth rates of 7% a year from 2020 to 2025, nearly twice as fast as predictions for North America, three times that of Europe and better than Asia’s predicted 7%, according to McKinsey.

Insurers are already counting the cost of climate change elsewhere. In wildfire hot spots such as California, they have pulled out of providing cover.

But in Africa, the low levels of penetration mean that huge economic losses from weather-related disasters do not yet reflect in credit and insurance portfolios.

For global reinsurers, building up on the continent is a way to diversify their portfolio, and hedge the climate risks they face elsewhere, Scor and Swiss Re said.

“A flood in Lagos or drought in Kenya have no correlation with a tsunami in Japan,” said Swiss Re’s market executive for Africa and the Middle East, Beat Strebel. This means losses in one territory can be offset with premium income from another.

With the continent accounting for such a small part of its global business, the reinsurer had ample room to grow for decades, he said.

In Nigeria, for instance, where floods caused huge economic losses, property and casualty insurance penetration stands at just 0.3% of GDP, he said.

Strebel pointed to the importance of innovation such as parametric insurance, which Scor also said would be important.

Scor is running several pilot projects on the continent in agricultural parametric insurance which could see it enter new sub-Saharan African markets if successful.

Still, insurers can run into trouble. The Kenya Livestock Insurance Programme (KLIP) is one of the most prominent parametric schemes, winning praise for paying out to tens of thousands of smallholder farmers when their livestock died from drought.

The government subsidised premiums to make it work. But Swiss Re, its main reinsurance backer, racked up years of losses on the programme when droughts were more severe than it expected.

It told the Kenyan government in 2018 that it would have to rework the KLIP to make it more sustainable, by reducing th efrequency of maximum overall payouts, said the scheme’s top official, Richard Kyuma.

Getting estimations of climate risk right is not easy, said McKinsey partner Antonio Grimaldi, especially when it comes to its second-order effects on people’s willingness to live and work in an affected area. African banks and insurers were first to accept it is something they are yet to fully grasp.

“Climate risk is like peeling an onion, but the layers never end,” said Wendy Dobson of Standard Bank. “Just when we think we understand it we realise we don’t.”