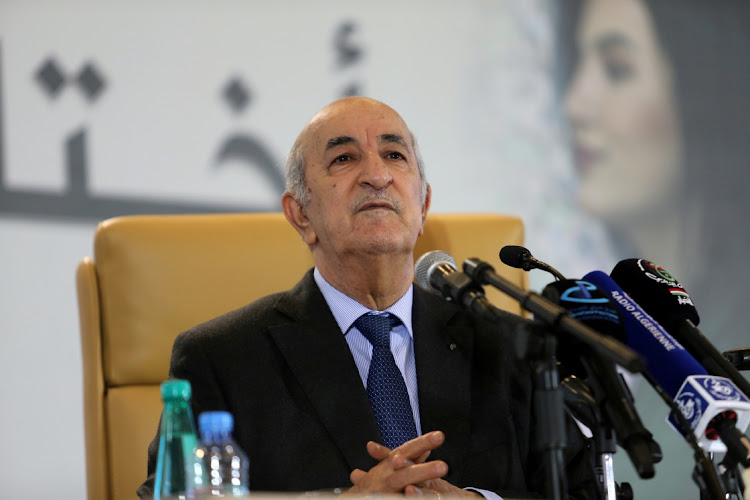 Madrid  — Spain said it will firmly defend its national interests following Algeria’s decision to suspend a 20-year-old treaty of friendship and co-operation and ban all non-gas trade, a move that also alarmed EU officials.

Spain was also monitoring gas flows from Algeria, its second-largest supplier after the US, but these were unaffected by the diplomatic rift over Madrid’s stance on the disputed territory of Western Sahara, foreign minister Jose Manuel Albares said on Thursday.

Albares will travel to Brussels on Friday to discuss the crisis with the European commissioner for trade, Valdis Dombrovskis, a diplomatic source said.

Algeria’s decision was “extremely worrying”, said European Commission foreign affairs spokesperson Nabila Massrali, and called on Algiers to review it and work with Spain on solutions to their disagreement.

Algeria’s banking association on Wednesday ordered stopping payments to and from Spain, which, according to Algerian sources, affects all trade except for gas supplies.

“We are analysing the reach and the national and European consequences of that measure in a serene, constructive way, but also with firmness in the defence of Spain and the interests of Spaniards and Spanish companies,” Albares told reporters.

Algerian President Abdelmadjid Tebboune has previously said he would not break the supply contract over the dispute.

Algeria was angered when Spain said in March it supported a Moroccan plan to offer autonomy to Western Sahara. Algeria backs the Polisario Front movement seeking full independence for the territory, which Morocco regards as its own and mostly controls.

Spanish energy minister Teresa Ribera was confident Sonatrach would respect its commercial contracts, but acknowledged that the diplomatic and trade spat comes at a delicate time as the prices of the 10-year supply contracts are now being revised by the companies involved.

North African gas supplies to Europe have grown increasingly important this year in light of Russia's invasion of Ukraine.

The Western Sahara conflict flared again in 2020, nearly three decades after a ceasefire, leading Algeria to break off diplomatic ties with Morocco in 2021, when it also decided not to extend a gas export deal via a pipeline running through Morocco to Spain that made up nearly all of Morocco's supply.

Supplies, now using the remaining direct subsea pipeline and by vessel, have dropped to just over a quarter of Spain’s gas imports in January-April, from nearly half a year earlier.

Algeria’s treaty with Spain also committed both sides to co-operate in controlling migration, raising fears that its suspension could lead Algiers to relax border controls and fuel an increase to Spain as did a diplomatic row with Morocco in 2021.

That could pose a potential problem also for the EU and even Nato.

Spain, as host of a June 29-30 Nato summit, will push for the inclusion of “hybrid threats” such as irregular migration, especially on the southern flank, in the military alliance’s new policy road map, Albares said.

Arrivals of Algerian migrants have been on the rise in recent years. In Spain’s Balearic Islands — a route mostly used by Algerians to get to Spain — police had to expand their screening facilities after about 2,400 people on 164 boats arrived in 2021, about five times more than in 2019.

On Wednesday, 115 undocumented migrants, nearly all of them Algerians, arrived in the islands, Spanish police said.

“Further steps (by Algeria) cannot be ruled out but will depend on the demands of the parties”, said Haizam Amirah-Fernandez, senior analyst for the region at El Cano think-tank in Madrid, calling for a UN-mediated solution to Western Sahara.