‘We lie down together and cry’ — millions of Somalians starve 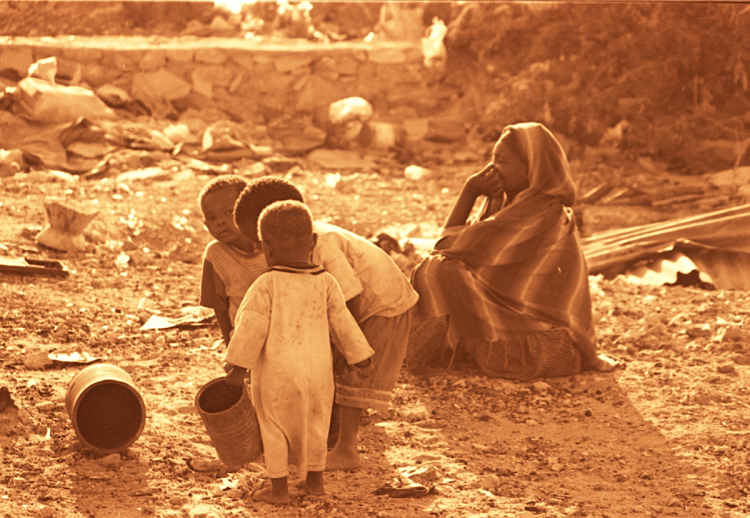 Weakened by hunger, their mother gave birth to the twins a month early, eight weeks after their exhausted family walked into a camp for displaced families in the Somali town of Dollow.

“She is malnourished and her two babies died of hunger,” Abdullahi said at the Kaxareey camp, which sprang up in January and now houses 13,000 people.

They are among more than 6-million Somalis who need aid to survive.

After rains failed for four successive seasons, the worst drought in 40 years has shrivelled their beans as well as maize and dotted scrubland with the corpses of their goats and donkeys.

With global focus on Ukraine, aid agencies and the UN are desperate to attract attention to a calamity they say is shaping up to be comparable to Somalia’s 2011 famine. More than a quarter-of-a-million people died then, mostly children under five.

There is only enough cash for about half the people in the Kaxareey camp. Abdullahi’s family is not one of the lucky ones.

She has not seen anything like it since the early 1990s, when a famine helped trigger a disastrous US military intervention in Somalia that ended notoriously with the shooting down of a Black Hawk helicopter. Her family had never had to leave their land before, she said.

On good days, Abdullahi can support the 13 members of her family by washing clothes in town, earning about $1.50. That enables everyone to have a single handful of maize porridge.

When my children are hungry, I can beg some sugar water from a neighbour

But it is not enough. Her daughter-in-law needs medicine for typhoid that costs ten times Abdullahi’s daily wages. The girl lies listlessly on a blanket, a skinny baby fretting at her breast. A high-heeled red shoe with a diamanté clasp lies in the dirt nearby, one of the few possessions she carried from their sunblasted home. Now she is too weak to even say her name.

The girl does not look up.

Early intervention is crucial to staving off the famine looming over six areas of Somalia. Getting food out fast meant that a drought in 2017 — worse than the one that caused the 2011 famine — cost fewer than 1,000 lives.

But speed requires cash. And it is in short supply. The UN plan to provide emergency aid is only 15% funded. So far, 2.8-million people have received aid. Another 3.1-million could be helped if more money came in.

The rest are out of reach, residing in parched hinterlands where an Islamist insurgency holds sway.

“We need the cash to avert the risk of famine,” said Rukia Yacoub, deputy director for the World Food Programme in East Africa.

In the camp, people make homes from orange tarpaulins and scraps of cloth and plastic stretched over domes of sticks.

Hammering echoes as relief workers set up pit latrines with corrugated iron sheets. New arrivals cluster around tents where aid staff tell them there is no help for now.

Instead, many families end up begging a cup of food or a few pennies from those barely better off, but who arrived early enough to register for help.

Hunger often weakens the children before diseases claim them. Asha Ali Osman, 25, lost her three-year-old and four-year-old to measles a month ago.

Now she cradles her youngest, a baby, as she waits to secure the girl a vaccination in Dollow.

“I feel so much pain because I cannot even breastfeed her,” she said softly. “When my children are hungry, I can beg some sugar water from a neighbour. Or sometimes we just lie down together, and cry.”