Increase to 19% follows Bank of Ghana’s 250 bps hike in March, the largest in its history, 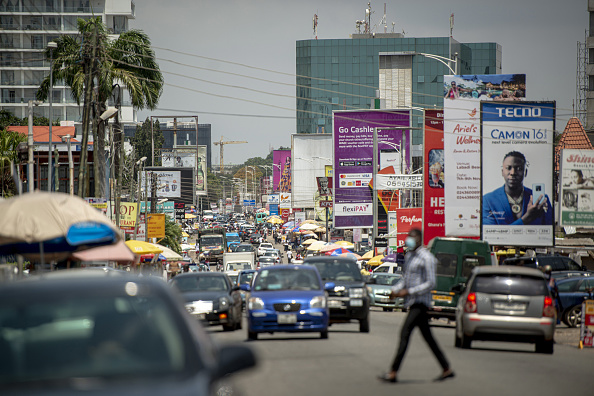 In March, the Bank of Ghana raised its policy rate by 250 basis points to 17% — the largest hike in its history — to stem runaway inflation in one of West Africa's more prosperous nations as the government cut spending to reduce the budget deficit and save a sliding local currency.

But in April the consumer inflation rate in the gold, oil and cocoa producer hit an 18-year high of 23.6%.

“The committee took the view that it needed to decisively address the current inflationary pressures to re-anchor expectations and help foster macroeconomic stability,” Addison told a press briefing in the capital Accra.

The rapid depreciation of Ghana's cedi has slowed but the currency has still lost over a quarter of its value since the year began.

Capital outflows have entirely offset a $1.3bn trade surplus gained from a 61% jump in crude oil export revenues in the first quarter.

Addison said that had created an overall balance of payments deficit of $934.5m in the first quarter compared with $429.9m in the same period last year.

Though the jump in April inflation was mainly driven by transport costs, prices rose for more than 96% of surveyed items, meaning most Ghanaians are feeling the pinch.

Finance minister Ken Ofori-Atta had said another hike would be a “knee-jerk reaction” to mostly imported inflation, making it hard for the government to service its domestic debt.

Addison said the total public debt stood about 78% of GDP and that Ghana had been unable to access capital markets since Fitch and Moody’s Investors Service both downgraded its sovereign credit rating earlier this year.

Though one analyst called Monday’s rate increase a “bold move”, it remains to be seen how broadly recent hikes will bolster investor confidence. Ghanaian benchmark bond yields have risen to 5-year highs since the beginning of May.

“While there was at least a further tightening, by our calculations, the policy rate is likely to remain negative for some time,” said Razia Khan, Standard Chartered’s chief economist for Africa and the Middle East.

The Reserve Bank governor, rightly or wrongly, has set his sights on taming inflation
Opinion
1 month ago

ARTHUR KAMP: This is why Reserve Bank’s rates hike is justified