Some Tigrayans who volunteered in droves earlier in the war, are becoming increasingly reluctant to fight in a conflict that has ground to a stalemate 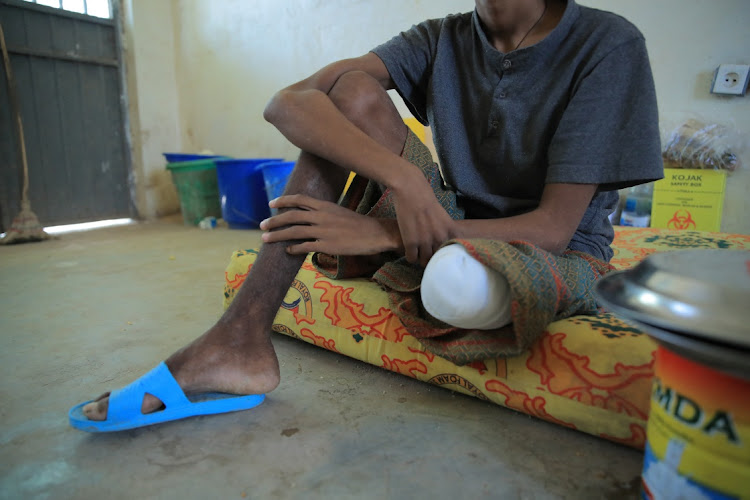 Addis Ababa/Nairobi — Authorities in Ethiopia’s war-shattered Tigray region are forcing young people to join their army’s fight against the central government by threatening and jailing relatives, according to captured fighters and residents.

The war in northern Ethiopia since late 2020 has killed thousands of civilians and uprooted millions, triggering famine and devastating infrastructure, though it has attracted less attention globally than other conflicts, such as the war in Ukraine.

The Tigray People's Liberation Front (TPLF) says it is defending the region’s 6-million people against subjugation by federal government. But Prime Minister Abiy Ahmed accuses the Tigrayan party of rebelling to try to restore its grip on national government, which it dominated until his appointment in 2018.

Reuters conducted a dozen interviews from February to May with residents of Tigray, captured fighters and aid workers that provide a picture of forced recruitment by local officials in several parts of the region.

The testimony suggests some Tigrayans, who volunteered in droves earlier in the war, are becoming increasingly reluctant to fight in a conflict that has ground to a stalemate following a ceasefire in March.

Kindeya Gebrehiwot, from the Tigray external relations office, told Reuters by email that some low-ranking government officials had detained family members to force their relatives to enlist but said such incidents were rare, the relatives had been released and the officials punished.

The arrests were not Tigrayan government policy, he said.

“The allegations of forced recruitment are not accurate,” Kindeya said. “Nevertheless, there were some irregularities in approaches at lower level of the government. These irregularities are rare and sporadic, not systemic.”

Reuters also requested comment from police and local officials via the TPLF but did not receive a response. Most communication links to Tigray have been down since June. Some parts have been cut off since the war began.

The pattern began late in 2021, according to two captured Tigrayan fighters who spoke in February from a hospital in the neighbouring Afar region.

It accelerated in January and intensified with mass arrests last month, added six Tigray residents, who all said they had friends or family members detained in an aggressive push to make people enlist.

One of the captured fighters, 18-year-old Aleyu, described how a senior local official, whose name he did not know, came to his house in Endabaguna in northwest Tigray on November 10. Reuters withheld Aleyu's surname to prevent repercussions for him or his family.

Aleyu was in the Dubti Referral Hospital after his leg was struck by machine gun fire near the town of Chifre in Afar, he said. The injured limb was so skinny his calf was the same size as his ankle.

Both Aleyu and the other captured fighter who spoke to Reuters were detained in the same hospital room, and the interviews were permitted by the Afar regional government. Both men said they were talking voluntarily and spoke without the presence of guards or officials.

The second fighter, Filmon, an 18-year-old student from the Tigrayan capital Mekelle, said officials held a meeting in their neighbourhood in November and told families to contribute one person to the armed forces or face fines or imprisonment. He did not specify which officials held the meeting.

“I joined. I didn't want my mum to go to jail,” said Filmon, receiving treatment after losing his left leg in an ambush.

He said he lay injured for nine days — surviving on a few biscuits in his pockets and river water — before a farmer handed him over to the Ethiopian military, who treated him in a military makeshift hospital. His medical records say his leg had gangrene and so it was amputated.

“War is bad. You see the vultures eating the body of your own friends,” he said quietly.

Their accounts were echoed by six residents in Tigray, all of whom asked not to be named for fear of retaliation. Each one said they either had a relative in jail or personally knew at least a dozen families who did.

One resident said a leaflet was distributed at recruitment drives in the neighbourhood meeting halls in January calling on residents not to “hide”.

“For now, without any delay, go to military training and contribute to your motherland,” read the document, reviewed by Reuters.

The leaflet was dated January 9 and stamped in the name of Tigray’s regional government and Mekelle city administration. Reuters was unable to determine independently its authenticity.

Another resident — a newly-married man who asked not to be named for fear of repercussions — said his pregnant wife was detained in April following a mandatory neighbourhood meeting, while he was away at work.

People at the meeting, and at the police station where his wife was taken, told her she would not be released unless he joined up, the man said.

He rushed to the police station to explain to her jailers that he could not join because of his job as an aid worker. “You don't need to have a Kalashnikov to support the people,” he told Reuters, recounting the conversation with the police officers.

His wife was released the next day after other female detainees shamed the guards for jailing a pregnant woman, he said. A colleague at his humanitarian organisation, who contacted authorities on his behalf, confirmed his account.

Since Abiy’s government declared a ceasefire in March, there has been an uneasy truce. Tigrayan forces, who threatened to march to the capital Addis Ababa in November, have largely withdrawn to their own region.

There have been some reports of sporadic fighting.

However, the accounts of forced recruitment suggest the TPLF may be preparing for a possible resurgence in combat. They also point to waning enthusiasm in Tigray for the conflict — something Kindeya denied.

“There has never been any shortage of people who want to join our forces,” he said, adding some young volunteers had been sent back to help in ways that did not involve fighting.

“We would always prefer to give peace a chance but, whenever that is not feasible and war is imposed on us, we will obviously have to be able to defend ourselves,” he said. “Whatever mobilisation and preparation we have been making is done with that perspective.”

The government said some soldiers had been arrested, but that the reports were exaggerated.

The abuses, which Reuters reporters heard recounted from major cities to tiny villages, helped fuel a flood of volunteers to join Tigrayan fighters, who drove the federal army and its allies out of Tigray in mid-2021.

Another resident, who also requested anonymity for fear of retribution, said enthusiasm to join Tigrayan forces had waned after they pushed into neighbouring Amhara and Afar regions but were beaten back in bloody battles.

“Previously, many young people had joined up, fearing they would be killed by the military or Amhara forces if they stayed at home, or seeking vengeance for abuses committed against loved ones,” he said. “But now there are fewer volunteers.”

The recruitment drive continues after the TPLF largely rebased to Tigray in April, saying it hoped that would allow desperately-needed food aid to enter. But only a trickle has arrived.

“The central government is continuing the siege and blockade,” TPLF leader Debretsion Gebremichael said last week. “It is preparing for an invasion.”

One man in Mekelle said his 70-year-old neighbour had been jailed on April 16 to force her daughter to join up. His cousin was also imprisoned three weeks ago to pressure that man’s son to enlist, the man said.

The residents interviewed by Reuters said they were aware of arrests in towns and cities across Tigray including Mekelle, Shire, Wukro, Adigrat and Adwa. Reuters spoke to multiple sources who attested to raids in the Mekelle and Shire, but was unable to reach people in the other three places.

Detainees are mostly held in police stations, said two of the residents who recounted visiting prisoners.

Foreign rights groups such as Amnesty International and Human Rights Watch said they did not have enough information to comment. Territory held by the TPLF is inaccessible to journalists or researchers.

Another resident of Mekelle said his 17-year-old niece was simply forced to join up after local officials conducted midnight raids on homes in her village, which he declined to name, citing fears of retaliation.

“Everyone is targeted, boys and girls,” he said. “This has become the new normal ... We cannot count them.”