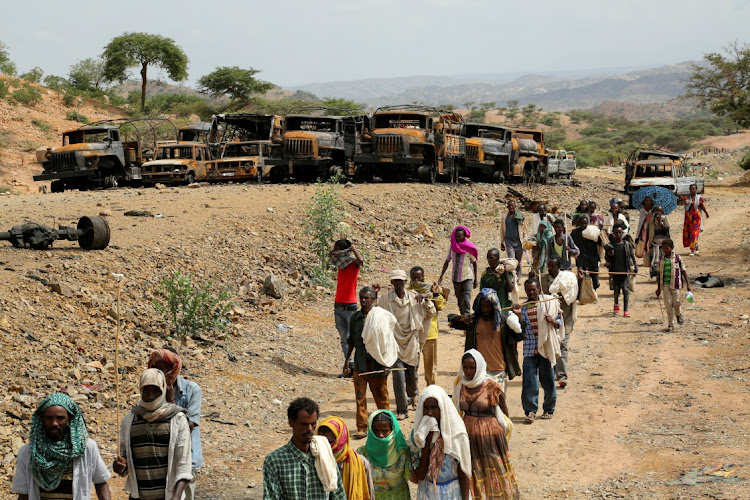 Nairobi — Conflict, climate change and the rising cost of food and fuel are pushing about a quarter of Africans towards hunger, the International Committee of the Red Cross (ICRC) said on Tuesday.

About 346-million people in Africa are facing severe food insecurity, meaning they have probably experienced hunger, in the worst crisis since 2017. Last year, the figure was about 286-million.

“The acute food insecurity situation in many of the countries where we are working — and people are already affected by armed conflict — is tipping into famine-like conditions,” said Dominik Stillhart, the ICRC’s global operations director.

Many of the countries dealing with conflict are among the most severely affected by climate change, including South Sudan and Somalia, said Stillhart.

About 90% of Somalia is affected by drought, said Stillhart. If this year’s rains do not materialise, 1.4-million children under five will be acutely malnourished, the UN World Food Programme has said.

In February alone, drought killed 650,000 livestock, devastating the scores of Somalis for whom the animals represent income, safety nets and savings.

Meanwhile, global food and fuel prices are skyrocketing, in part because of the war in Ukraine, Stillhart said.

Prices for wheat, of which Russia and Ukraine are leading producers, have retreated from all-time highs last month but remain 70% higher than April 2021. Maize and oil prices have also surged.

“Our call today really is that the attention on the plight of the people of the people in Ukraine — which is of course terrible — should not prevent the world from looking at other crises,” said Stillhart.

On the brink of economic collapse since a 2019 coup, the African country now faces wide-scale hunger due to erratic rains and the war in Ukraine
World
4 months ago

Ministers from the 16-member community met on Sunday to discuss the bloc’s mission, which is due to expire on April 14
World
4 months ago

Found only in Nigeria, Cameroon and Equatorial Guinea, drills number a few thousand in the wild and are at risk of extinction in part because they ...
World
4 months ago
Next Article

Extent of SA’s aid — from Cuba to Zimbabwe

Extent of SA’s aid — from Cuba to Zimbabwe