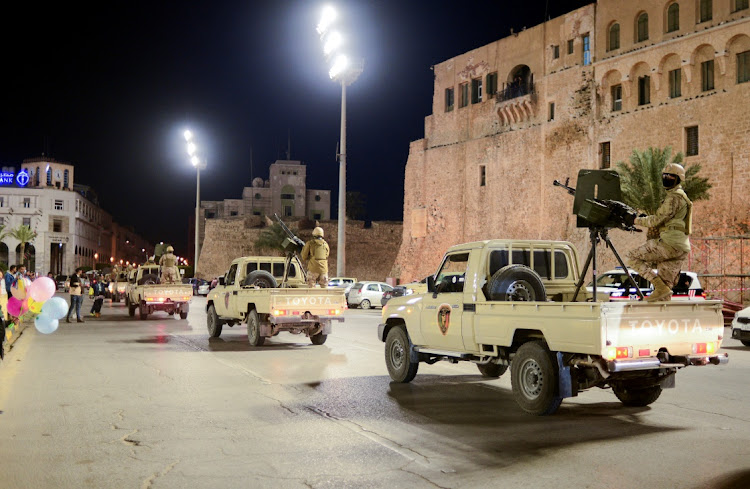 Tripoli  — A convoy of fighters moved into Tripoli from the Libyan city of Misrata on Saturday to shore up the interim prime minister amid a push by the parliament to oust him in favour of its own candidate.

Interim Prime Minister Abdulhamid al-Dbeibah has sworn he will hand over power only after an election and has rejected the move by parliament this week to appoint former interior minister Fathi Bashagha to head a new government.

The convoy’s arrival underscored the danger of renewed fighting in Libya as the crisis plays out, following mobilisations in recent weeks by armed factions backing different political sides.

Saturday’s convoy, comprising more than 100 vehicles according to a Reuters witness, arrived after Dbeibah earlier on Saturday accused the parliament of being “responsible for all this bloodshed and chaos” in Libya over recent years. Separate reports said the convoy numbered 300 vehicles from several towns.

The parliament speaker, Aguila Saleh, has accused Dbeibah of corruption and of seeking to use his position for his own ends rather than to effect a meaningful transition.

Libya has had little peace since the 2011 Nato-backed uprising against Muammar Gaddafi and it split in 2014 between warring factions in east and west.

During the war, the parliament mostly sided with the eastern-based forces of Khalifa Haftar’s Libyan National Army (LNA). The main armed forces from Misrata were on the other side, backing the then internationally recognised government in Tripoli.

Dbeibah was installed in 2021 as head of the Government of National Unity (GNU), a body that was put in place through a UN-backed process to unify Libya’s divided institutions and oversee the run-up to elections in December.

After the election process collapsed amid factional disputes over the rules, the parliament moved to take control of the political process by declaring a new “road map” to elections and replacing the interim government.

Last week it asked Bashagha to form a new government after a session in which the speaker said the only other candidate had withdrawn and then voted the former interior minister in with a quick show of hands.

Bashagha flew into Tripoli on Thursday night ahead of a two-week government formation process and said he expected Dbeibah to hand over power peacefully.

Dbeibah said he will this week  announce his own road map for the country involving elections by August.

The position of the UN and major powers will be critical in determining the outcome of the struggle over the interim government after years of foreign involvement in the conflict.

The UN has said it still recognises the validity of Dbeibah’s GNU and the political process it was part of.

However, the UN said on Friday that secretary-general Antonio Guterres had taken note of the move by parliament to appoint Bashagha, and of a move by parliament along with another body, the High State Council, to chart a revised path towards elections.

On Sunday, the secretary-general’s special adviser on Libya called on Dbeibah and   Bashagha to preserve calm and stability.