Storm wiped out crops of rice, fruits and vegetables 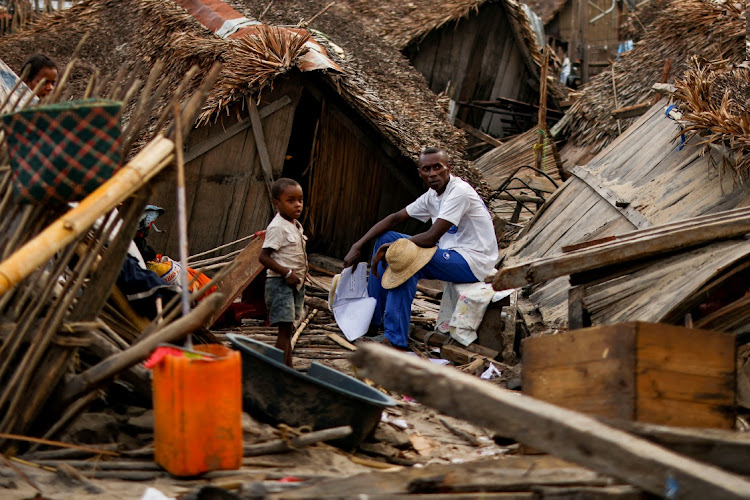 Mananjary — Residents of a coastal town in Madagascar that was battered by Cyclone Batsirai over the weekend were left picking through the wreckage of their homes on Monday, collecting soaking wet clothing and anything else worth salvaging.

The cyclone killed 21 people and displaced more than 60,000 after it slammed   into the Indian Ocean island late on Saturday, knocking down houses and electricity lines along the southeastern coastline until it moved away late on Sunday.

It also destroyed crops of rice, fruits and vegetables that were close to being harvested, worsening a food shortage in an area that was already struggling with the consequences of a severe drought, the UN’s food aid agency said.

In Mananjary, one of the worst affected towns, many houses had been completely flattened, while others still had walls standing but their roofs were missing. Debris and uprooted palm trees lying on their sides were everywhere.

President Andry Rajoelina flew to Mananjary, about 500km by road southeast of Antananarivo. Land routes to Mananjary were cut off due to flooding. 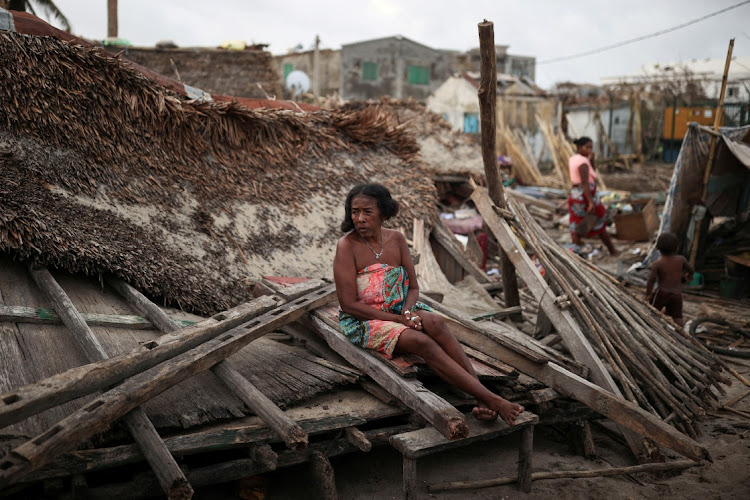 A woman who did not give her name sits on the debris of her destroyed house, in the aftermath of Cyclone Batsirai, in the town of Mananjary, Madagascar, February 7 2022. Picture: ALKIS KONSTANTINIDIS/REUTERS

Rajoelina said on Facebook he went to see for himself what was needed in terms of aid.

“My house started to crack and we had to leave, all of a sudden it collapsed,” said resident Sezie Kajy, who was picking up clothes from her ruined home.

She said she and other local people went to a school that had been designated as an evacuation centre, but the building's roof was blown off, so they were stuck in the open.

The state disaster relief agency said over 14,000 households, or more than 70,000 people in total, had seen their homes damaged or destroyed. Of those, about 62,000 were in shelters, while another 8,000 were either in the open or staying with relatives.

With a population of nearly 30-million, Madagascar had already been dealing with the aftermath of Cyclone Ana, which killed 55 people and displaced 130,000 just two weeks earlier. 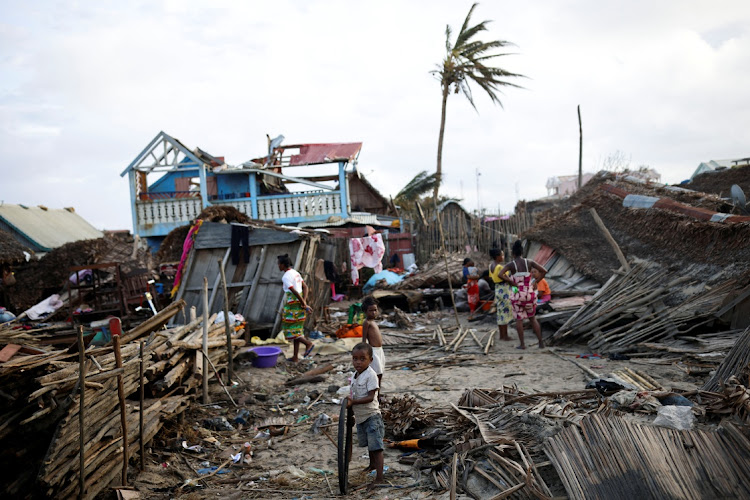 Cyclone Batsirai struck a different part of the island, further south, where the population is facing a precarious situation in terms of food supplies because of a severe drought.

“The impact was severe and harsh and we are still counting casualties,” said Pasqualina Di Sirio, country director for the UN’s World Food Programme in Madagascar.

She said the destruction of rice crops so close to harvesting had made a bad situation worse and would be felt for six months. Fruit and vegetable patches had also been destroyed.

Emergency rescuers were struggling to reach the worst affected areas because 12 roads and 14 bridges were impassable, while rising river levels were threatening to displace more people, officials said.