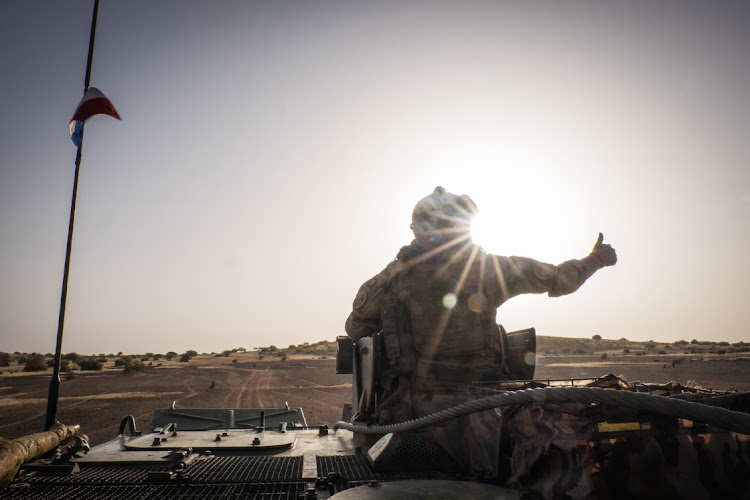 A french soldier during a patrol in Mali. File photo: GETTY IMAGES/FRED MARIA

The Economic Community of West African States (Ecowas) and the regional monetary union sanctioned Mali on Sunday after its interim government, installed in the wake of coups in 2020 and 2021, proposed to delay planned elections by up to four years.

Former colonial power France has thousands of troops in West Africa, many of them in Mali, as part of a mission to combat violence by Islamist militant groups linked to Al-Qaeda and Islamic State (IS).

The French plane travelled from Ivory Coast’s commercial capital Abidjan to the northern Malian city of Gao and back on Tuesday, according to a letter from the Agency for Aviation Security and Navigation in Africa and Madagascar (Asecna).

The flight was deemed “noncompliant” with the suspension of flights from Ecowas member states, Asecna’s representative to Mali said in the letter addressed to Mali's aviation director.

A source at Asecna, who asked to remain anonymous, told Reuters the pilot switched off his radio after air traffic controllers notified him that Mali’s airspace was closed to flights coming from Ecowas countries.

France’s Armed Force Ministry did not immediately respond to a request for comment about the reported incident. The French government has strongly backed the sanctions, but French officials have said they did not expect military operations in Mali to be affected.

Before Asecna reported the incident, a senior French official said it was too early to say how exactly Ecowas’s measures would be implemented.

“I doubt that the countries which have closed their borders with Mali will not ensure that military movements continue,” the official said. “There is a common interest and I don’t see any circumstances where these movements are restricted.”