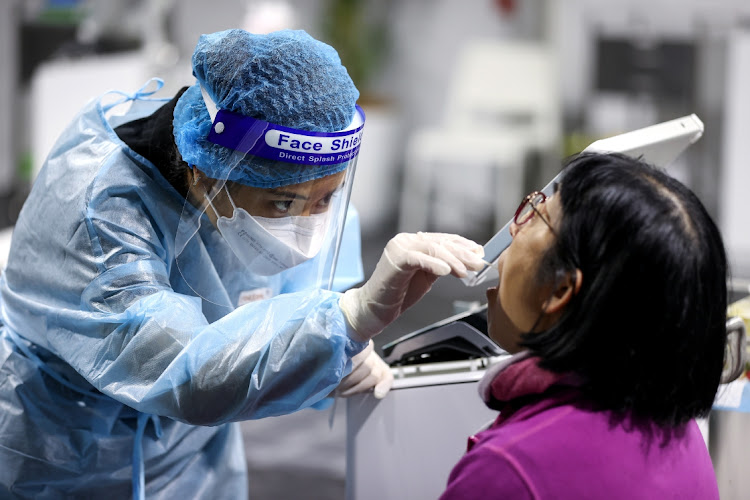 Nairobi — The AU  on Tuesday called for an urgent end to travel restrictions imposed on SA and other  member states, saying the measures effectively penalise governments for timely data sharing in line with international health regulations.

The measures act “as a disincentive for information sharing in the future, potentially posing a threat to health security on the continent and globally”, the AU said in a statement.

SA researchers were the first to discover the highly mutated Omicron coronavirus variant in late-November.

EU states, the US and Britain, among other nations such as Israel and Australia, immediately imposed travel curbs on seven Southern African countries, including SA, after they reported several cases of the Omicron variant, which is considered highly infectious.

In Washington, top US infectious disease expert Anthony Fauci said at a briefing on Tuesday preliminary evidence indicated that Omicron  probably has a higher degree of transmissibility but is less severe than earlier Covid-19 variants. Early cases of Omicron seemed to require fewer hospitalisations and patients were less likely to need oxygen, Fauci said.

The White House Covid-19 response co-ordinator Jeff Zients said at the briefing there was no change on US travel bans, though the US was continuously re-evaluating the restrictions.

In Europe, EU health ministers discussed measures to try to halt the spread of the Omicron variant, with the Netherlands calling for negative tests for incoming travellers from outside the bloc and France urging tests even for those arriving from EU states.

Despite widespread reports of the variant outside those African countries, no minister at a regular meeting in Brussels suggested these restrictions should be lifted yet.

Health Commissioner Stella Kyriakides said vaccination remains the main tool to halt the spread of virus variants. She also praised the quick and co-ordinated introduction of travel curbs soon after the emergence of Omicron.

“We must now focus on stronger testing and contact tracing measures for travellers coming from areas of high risk,” she said during the public session, noting that any change to current measures should follow more data on Omicron.

Glaxo’s treatment stands up to all mutations in the spike protein of the Omicron variant and not just the key mutations, Glaxo says
News
1 month ago