Leaked report details efforts to cover up shooting of dozens of unarmed demonstrators, including turning back ambulances, in October 2020 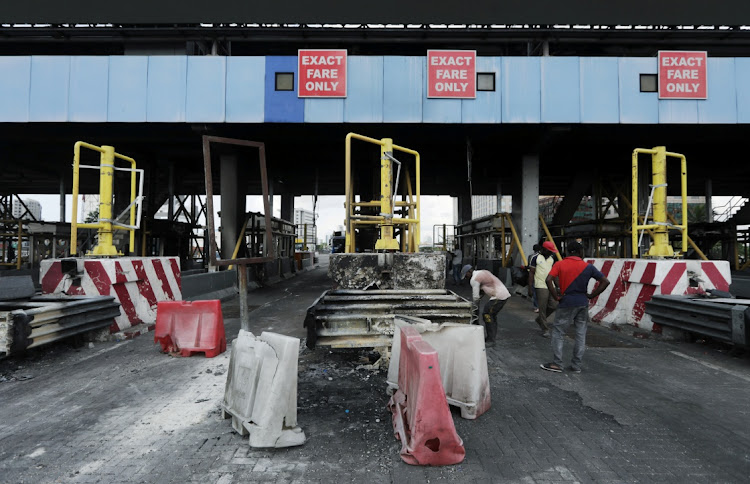 Lagos — The Nigerian army fired live rounds at peaceful protesters at a toll gate in Lagos in October 2020, according to a leaked report into the incident seen by Reuters and verified by three sources close to the panel that drafted it.

The report described the incident as a “massacre”, said most of the army officers deployed to the Lekki toll gate were “not fit and proper to serve” and recommended prosecuting certain policemen for their actions.

“At the Lekki toll gate, officers of the Nigerian army shot, injured and killed unarmed helpless and defenceless protesters, without provocation or justification, while they were waving the Nigerian flag and singing the national anthem and the manner of assault and killing could in context be described as a massacre,” the report said.

Spokespersons for the military, police and Lagos state government did not immediately respond to requests for comment.

Both the military and police had previously denied firing live rounds.

The shootings ended weeks of nationwide protests against police brutality and sparked the worst civil unrest in Nigeria since the return to civilian rule in 1999.

In the aftermath, rights groups accused security forces of a cover-up and depicted a pattern of intimidation of those who took part in the protests, including threats, detentions and asset freezes.

The report also said that there was an attempt to cover up and conceal the incident, including by police officers who picked up bullets and state agencies who cleaned the scene, and summoned army officers who did not appear before the panel.

It further said that the army, invited in by Lagos state, did not follow its own rules of engagement. It said soldiers turned back ambulances from the gate in a “cruel and inhuman” act that contributed to protester deaths and casualties.

It identified 48 “casualties”, including 11 killed, four missing and presumed dead and multiple victims with gunshot wounds. It added that nearly 100 other unidentified corpses in Lagos state could also be linked to the incident.

The judicial panel tasked with investigating the incident, as well as abuses from the now-abolished Special Anti-Robbery Squad police division, released the report to the Lagos state government on Monday, but it was not immediately made public.

Two panel members contacted by Reuters did not respond to requests for comment on the report. The Lagos state government said on Monday that it would release a “white paper” on the report within two weeks.

The panel made a total of 32 recommendations, including for police reforms, a memorial to the protesters, a compensation fund and the establishment of a standing tribunal on human rights.

“The panel believes that with the implementation of the recommendations, the Lekki toll gate incident of  October 20 2020 will never happen again ... and there will be healing in the great state of Lagos,” it said.