Burning LPG emits about 50% less carbon than charcoal and 20% less than heating oil, and switching to the gas is central to Nigeria’s carbon reduction plans 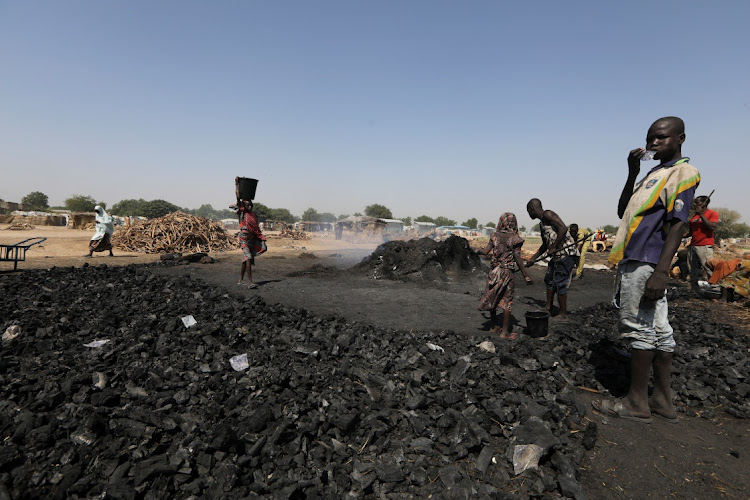 Lagos — Nigerians have been lining up to buy Adunni Abdul’s moimoi — black-eyed peas steamed in leaves — for more than a decade in the vast tech accessories market in Lagos. Five years ago, she ditched the smoke that came with it; now it is back.

High prices for smokeless liquid petroleum gas (LPG) have forced Abdul and many like her to add wood and charcoal to their cook stands. She had dropped them in 2016 them amid a campaign to improve public health.

“Gas is costly, that is why I am using firewood,” she told Reuters in the teeming Computer Village, explaining that LPG had helped her breath more easily and cooked her food faster.

Burning LPG emits about 50% less carbon than charcoal, and 20% less than heating oil, and switching to the gas is a central plank of carbon reduction plans of Africa’s most populous nation, where more than 200-million people live.

President Muhammadu Buhari referenced cleaner cooking in his speech last week at the COP26 climate summit, but LPG prices have risen 60% over the past year in the biggest city, Lagos, where inflation is in double-digits and unemployment is rising.

Many women like 73-year-old Abdul, who spend hours inside kitchens and at roadside cooking stands, feel they have no choice but to burn wood or charcoal, even though experts say it damages their health and also drives deforestation.

Nigeria's LPG use faltered in 2020 after nearly 10 years of growth, according to World LPG Association data. In 2018, only about 5% of Nigerians used LPG for cooking, while 73% relied on charcoal or biomass like wood, according to the latest figures from the International Energy Agency.

Lagos charcoal seller Jerry Inyang said now sells as many as 90 packs of charcoal a day, triple that of 2020. Household demand began faltering in 2020, according to the World LPG Association, and while data for 2021 is not yet available, the Nigeria LPG Association (NLPGA) said the country was at risk of reversing the LPG use gains it has made.

NLPGA deputy president Felix Ekundayo said a global power crunch that boosted US, European and Middle Eastern LPG prices to a near seven-year high was a major factor behind Nigeria's rising prices.

Despite having extensive gas reserves, Nigeria lacks the infrastructure to exploit much of it, and burns about 400-million cubic feet of gas as waste every year.

Ekundayo said a falling naira and recently added 7.5% LPG import tax was adding to the strain. NLPGA has called on the government to scrap the tax, which was added amid a government push for revenue.

“The time at which gas is displacing other dirty fuel, that is not the time to have inconsistent policy,” Ekundayo said.

Spokespersons for Buhari and the Petroleum Ministry did not comment on the tax.

Abdul is also hoping for a respite from rising prices. The smoke hurts her chest, and she wants to use more gas.

“I want the government to help and reduce this … we are begging them,” she said.

Larger-than-expected rise in prices is a signal it will resist US pressure, oil trader Vitol says
News
6 months ago

The US is pushing oil producers to do more to bring down the price of oil and help keep the global economic recovery on track.
News
6 months ago
Next Article