Eskom needs to decommission its coal-fired plants and replace them with renewable energy sources, says Investec 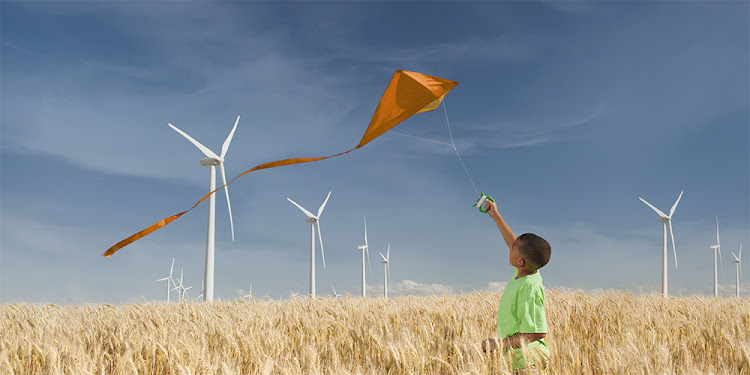 Renewable energy has been recognised by the government as a way of tackling its power shortages. Picture: SUPPLIED/INVESTEC

However, Africa’s other big challenge is to achieve all of this while also making progress on its other development goals, as set out in the UN’s own 17 sustainable development goals (SDGs). From Europe and North America in the 19th and early 20th centuries, to Asia in the late 20th and early 21st centuries, fossil fuels have played an important role in economic growth and lifting people out of poverty. That option is not available for Africa.

In short, Africa requires a just transition to a clean energy future, one that will need substantial investment in renewable sources of energy to meet its growth and development ambitions.

Renewable energy has been recognised by the government as a way of tackling its power shortages. Earlier this year, the government announced that private sector-embedded power projects with a capacity of up to 100MW will be exempt from having to apply for a generation licence. This is likely to benefit renewable projects in particular.

And then, more recently, SA’s state-owned power supplier Eskom committed itself to achieving net-zero by 2050 — a process that will only be possible if it is able to roll out significant renewable capacity.

Martin Meyer, head of power and infrastructure finance at Investec, says that as part of this plan, Eskom needs to decommission its coal-fired plants and replace them with renewable energy sources.

“In terms of Eskom’s renewable energy power programme, it has procured more than of 6,000MW of renewable power, with bid window five around the corner,” he says.

“So Eskom has achieved a fair amount of transition already and will need to roll out between six and 10 gigawatts (GW) of renewable power per year to transition away from coal.”

Notwithstanding challenges such as Eskom’s high levels of debt and a need to upgrade the grid, the opportunity set is considerable. A recent report on the local energy landscape by Investec, SA’s technical wind power potential is 6,700GW, in theory enough to power the world. If SA were to erect wind turbines on just 0.6% of its land surface, it would generate about 75GW, roughly equal to the nation’s electricity demand. This is not limited to one or two provinces either — 80% of SA generates enough wind to generate low-cost wind energy.

Class of 2030: Future generations are at the mercy of the decisions we make today

Out of Africa, something new

The rest of Sub-Saharan Africa faces its own hurdles in making the transition to a cleaner energy future. For countries in the developed North, it’s less of a challenge to commit to climate and carbon targets, given that their own fossil fuel-heavy industrialisation phase is behind them.  For countries in the developing South, to do that in a short period could have disastrous consequences for their economies, jobs and finances. It could even undermine the building of critical healthcare, education, communication, sanitation and transport infrastructure that’s so critical to lifting people out of poverty. A proper transition policy needs to be adopted and it needs to be a just and equitable transition.

Finance has an important role to play in this transition, and one subsector of finance in particular, export finance, an industry estimated to be worth $600bn. Most countries in the world have an official government export credit agency that promotes (through loans and financial guarantees) the export of the technologies required to build these important forms of infrastructure.

Chris Mitman, from Investec’s export and agency finance team, says the export finance agencies of many countries have been quietly financing nation-building infrastructure across the world for several decades, and this capability is rapidly being deployed in the technologies required to build a clean energy futures.

“These agencies were at the forefront of banking the first mobile phone networks in the 1990s and are now funding wind and solar farms as well as large rail projects, among other projects,” says Mitman.

“Over the years, they have developed a sophisticated set of controls to assess and monitor the environment and social affect of the projects they support, long before the SDGs existed. Their due diligence also extends to value-for-money assessments, debt sustainability analysis and strict control over the use of funds.”

Citing a recent white paper on sustainability in export finance, backed by 16 of the leading export finance banks (including Investec) and the Rockefeller Foundation, Mitman believes the next wave of climate innovation technological change is likely to have the support and backing of the export agencies.

“While they have also banked carbon-emitting infrastructure projects over the years, this is changing rapidly,” says Mitman. “The industry is looking at how it can encourage the growth of more green and sustainable technologies and projects — as they did with wind and solar by introducing favourable repayment terms for those technologies. At the same time, they are helping other markets transition away from carbon-emitting activities, so can clearly contribute to SDG number 13 — climate.”

It’s not all about climate, says Mitman — there are 16 other SDGs which also need addressing. Things many populations take for granted such as health care, water, sanitation, power, education and housing are still out of reach for vast parts of the planet. Investment in these types of infrastructure can therefore help address severe inequality and change people’s lives for the better, rapidly.

“Just last month, Investec, working closely with the Swedish export credit agency, financed two hospitals in Ghana that will deliver health care to more than 3-million people, who now only have access to basic services,” says Mitman. “This is just one example of the potential for export finance in a sustainable future.”

Investec Corporate and Institutional Banking is a division of Investec Bank Ltd registration number 1969/004763/06, an authorised FSP (11750), a registered credit provider (NCRCP 9), an authorised over the counter derivatives provider, and a member of the JSE. Investec is committed to the code of banking practice as regulated by the ombudsman for banking services. Copies of the code and the ombudsman's details are available on request, or visit Investec COBP.