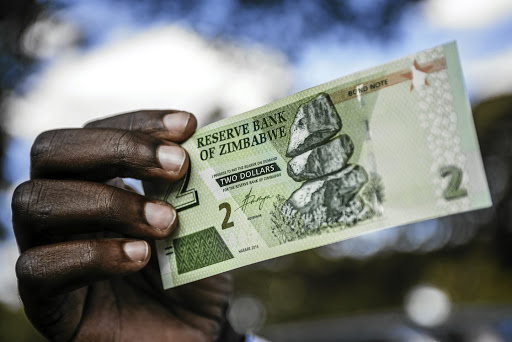 Harare  — Zimbabwe’s currency is in danger of collapsing as companies resort to the US dollar for transactions, the country’s main business group said in a letter to its members, amid a crackdown on black market currency trading.

Following the arrest of scores of foreign currency traders over the past few weeks alleged to be involved in black market US dollar trading, the government on Thursday threatened to suspend the licences of businesses using black market rates to price their goods and services.

The Confederation of Zimbabwe Industries (CZI), the largest representative body for business, said it had cautioned the government against criminalising firms and traders, according to the letter sent last week and shared with the media on Monday.

“The greatest risk facing the economy right now is an inappropriate policy response to the rising parallel market premium,” the organisation said, referring to the difference between official and black market currency values.

“Clamping down on informal foreign exchange trading in the absence of a viable formal market will have catastrophic consequences for the economy.”

The value of the domestic currency had weakened to Z$88/$ on the official market by October 11 from Z$2.5/$ in February 2019. It trades significantly weaker, at about 170 to the dollar, on the black market, according to online currency rate monitoring website zimrates.com.

The CZI said the weekly foreign currency auction system introduced by the government in June 2020 needed to be overhauled as it was no longer efficient, taking as many as 15 weeks — instead of the intended two days — to allocate foreign exchange, which was hobbling growth of business.

“The Zimbabwe dollar is now in real peril ... well considered policy measures must be implemented by the authorities aimed at bringing back confidence into the currency markets,” the CZI said.

The nation abandoned its currency in 2009 but President Emmerson Mnangagwa ordered its return in 2019.

Zimbabwe’s foreign currency auction market was supposed to solve its forex woes. But a lack of available dollars is still driving down the value of ...
Features
7 months ago