Doumbouya was the leader of a military junta that toppled Guinea’s President, Alpha Conde, in September 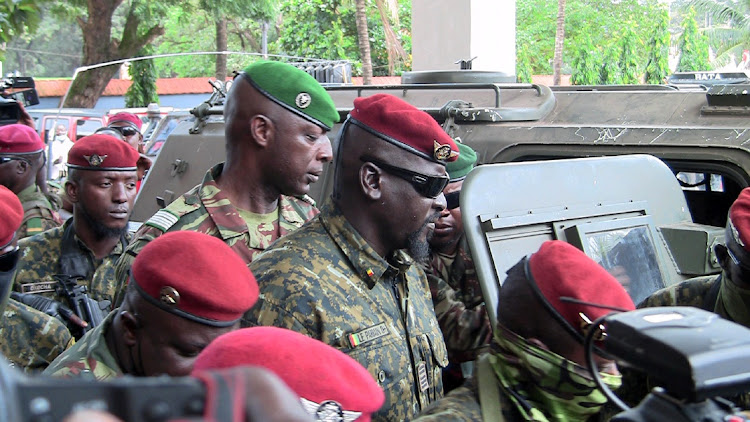 Mamady Doumbouya, the leader of a military junta that toppled Guinea’s President, Alpha Conde, in September, was sworn in as head of a transitional administration that will rule until elections are held.

Doumbouya took the presidential oath in the capital, Conakry, on Friday in front of diplomats and foreign dignitaries wearing military fatigues and black sunglasses. He pledged to end what he termed a “long political and economic crisis” in the West African nation, respect all of Guinea’s national and international accords and maintain good relations with its neighbours.

Regional leaders have been pushing for a swift transition to civilian rule in Guinea, and want elections held within six months.

Doumbouya has said he will institute constitutional reforms, but he’s not given any indication so far what that will entail or how long it will take. While concerns have been raised that he will try to cling to power, he gave assurances on Friday that none of the transitional administration’s members would stand as candidates in the forthcoming election.

The 36-year-old Doumbouya served in the French foreign legion and was handpicked by Conde to lead a new special forces unit to tackle the region’s growing jihadist threat in a country that, until now, has been spared from attacks. The unit was later deployed to quash protests against Conde’s bid for a third term.

Guinea has some of the world’s largest reserves of iron ore and bauxite, which is processed into aluminium. Doumbouya has moved swiftly to reassure international mining companies such as United Co Rusal of Russia and Aluminium Corp of China that their operations can continue unhindered under the nation’s military leadership.

Guinea: At the heart of power

On September 5, Guinean leader Alpha Condé was ousted in a bloodless coup. Though talks are under way for a transition to civilian leadership, not ...
Features
1 month ago