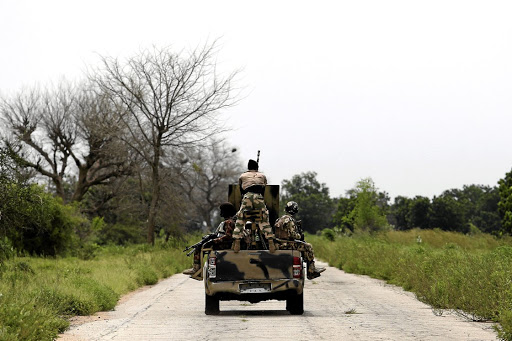 Lagos  — Armed men killed at least 34 people in two villages in the northern Nigerian state of Kaduna in the early hours of Monday, the state government and two residents said.

The Kaduna government said in a statement that 34 people were killed in the village of Madamai. One resident, speaking by phone, said he counted 44 bodies in the local mortuary from attacks on Madamai and neighbouring Abum village.

Troops came under fire before forcing the assailants to withdraw after an intense exchange. Two suspects were being questioned.

Kaduna state governor Nasir El-Rufai condemned the attack and said the state would help the survivors.  He also appealed for calm.

“The men came and killed my wife and four of my sisters,” said  resident Bobby Gwaza, who provided photographs of their bodies. Reuters was unable to independently verify the images.

The attackers carrying guns and machetes set houses alight and sent most residents fleeing before leaving after about an hour without meeting any resistance from Nigerian law enforcement or security forces, Gwaza said.

He said he did not know why the men attacked, but that it was not the first time.

In the northwestern Sokota State, 22 Nigerian security personnel were reported to have been killed in an attack on a remote army base.

Meanwhile, ten more students who were kidnapped by gunmen from a school in Nigeria two months ago have been released after ransom was paid, the school administrator said.

About 150 students were still missing after armed men raided the school in Kaduna state in the northwest in July, the 10th mass school kidnapping since December, which authorities attributed to criminal gangs seeking ransom.

Limits imposed on cattle markets, some modes of transport and fuel sales in Niger, Katsina, Kaduna and Zamfara states in bid to curb kidnappings and ...
World
8 months ago