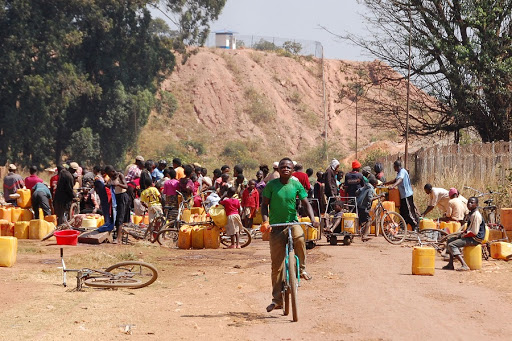 After a visit to Kasai province, Bazaiba said the DRC would ask for reparations for the damage caused but could not yet say how much it would request.

The largest diamond company in Angola, Catoca is owned by a consortium of international mining interests, including Endiama, Alrosa of Russia, Odebrecht of Brazil, and the Diamond Finance CY.

Catoca said last week that waste material from  mine had leaked into a river in July, filling waterways with sediment before the breach was sealed.

The mine said in a statement, dated August 9 and seen by Reuters on Monday, that tailings were seen to have leaked into the Lova River on July 27 following a rupture in a spillway for the mine waste dam.

The company said it immediately sought to repair it, built two dykes to filter sediment out of the water and by August 9 the breach was sealed.

It said it would provide local residents with baskets of basic goods to mitigate the impact of the leak on waterways.

The company’s website does not include any information on the tailings dam leak.

Alrosa, which holds 41% of Catoca, declined to comment. Endiama, which also has a 41% stake in Catoca, did not respond to a request for comment.

The Grand Inga hydroelectric project has been 30-odd years in the making. Its completion is still far from certain, but there have been positive ...
Features
1 month ago
Next Article