Security forces have recently struggled to contain kidnappings and violence 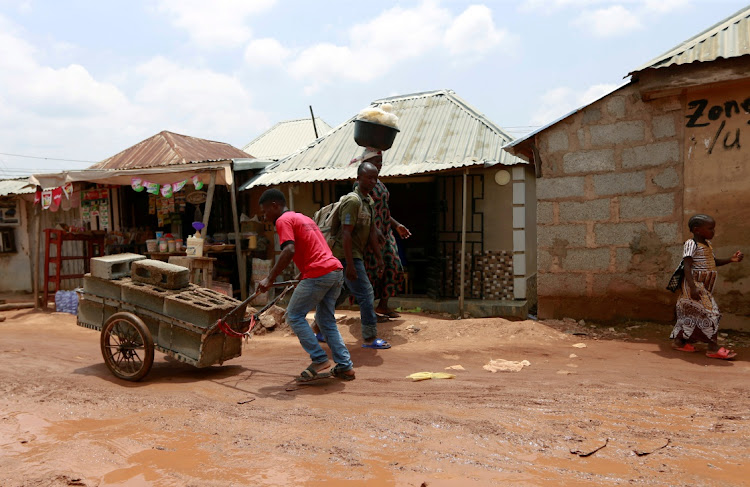 A man pushes a cart along a muddy street in Nigeria. Picture: REUTERS/AFOLABI SOTUNDE

Kaduna  — Four states in northwestern Nigeria have implemented limits on fuel sales, weekly markets and movements via motorbikes in an effort to curb kidnappings and violence.

Katsina, Niger, Zamfara and Kaduna have put in place restrictions this week, such as bans on fuel sales in jerry cans and transporting firewood across the state, to stop armed gangs who frequently travel by motorbike, camp out in forests and who have kidnapped hundreds of people in recent months.

“All filling stations should not sell petrol of more than 10,000 naira (around $20) to each vehicle at a time and should be wary of vehicles or motorcycles coming for repeat purchases,” he said.

“Government has condemned in strong terms the degree of carnage and mayhem bandits and kidnappers are causing to some parts of the state and reiterated its continued determination to rid the state of any security threat,”  said Matane.

More than 1,000 students have been taken from schools across the northwest in an epidemic of kidnapping since December, while roads, private homes and even hospitals have become targets for armed robbery and kidnapping.

The federal government has said it is winning the war against banditry, but security agencies have struggled to contain the violence. Last week, gunmen killed two Nigerian military personnel and abducted another in an attack on an army training college in Kaduna state.

In a separate incident, police said on Wednesday gunmen had kidnapped 73 children from a school in Zamfara.