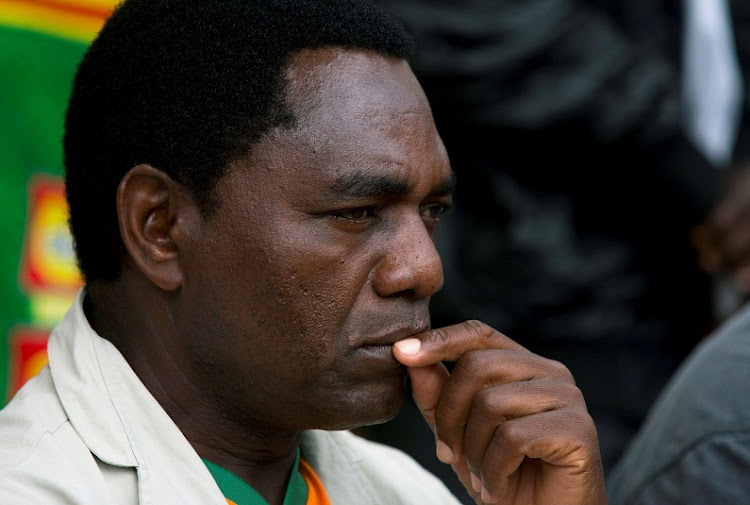 Zambia’s new president, Hakainde Hichilema, has pledged to rein in public debt and the budget deficit while restoring the nation’s credibility following a default on its foreign loans.

“Our focus over the next five years will be on restoring macroeconomic stability,” Hichilema said in his inauguration address in Lusaka on Tuesday. “We will grow our economy so we can lift more people out of poverty than ever before.”

The business person and cattle farmer who turned to politics in 2006 takes over an economy buckling under record levels of external debt, which led to Zambia becoming Africa’s first pandemic-era sovereign defaulter in November. GDP shrank 3% last year, the inflation rate is almost 25% and youth unemployment is rampant in a nation where the median age is less than 18 years.

One of the new administration’s top priorities will be to win the IMF’s endorsement for an economic recovery programme and associated $1.3bn  loan, a package that will underpin restructuring negotiations with holders of Zambia’s nearly $13bn in foreign loans.

Hichilema also needs to mend ties with copper producers that generate more than 70% of export earnings in order to unlock at least $2bn in stalled projects. Former president Edgar Lungu’s administration had hostile relations with the industry, which had the effect of curtailing output and investment even as prices for the metal surged to record highs in recent months.

Hichilema won the August 12 election with 59% of valid votes cast — about a million more than Lungu. The outcome is widely seen as a backlash against surging inflation and falling living standards in the country. The election had the highest percentage voter turnout since 2006 and the victory margin was the biggest since 1996.

Hichilema was sworn in alongside vice-president Mutale Nalumango, a teacher who served as deputy speaker of the National Assembly from 2006 to 2011.

People slept outside the 60,000-seater stadium where the inauguration was held and filled it hours before the event began. Heads of state from 10 countries attended the ceremony.

Bloomberg
For more articles like this please visit Bloomberg.com.