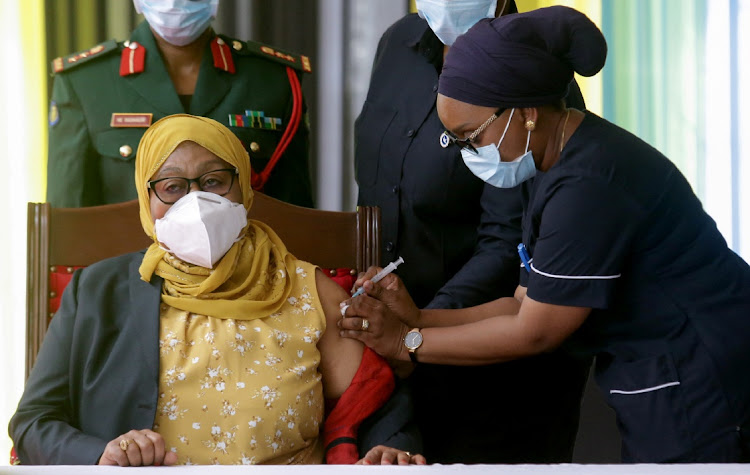 Since she took office on March 19, Hassan — Africa’s only female head of government — has signalled a new business-friendly era, pledging to reverse her predecessor’s policies that antagonised investors and hit foreign investments. Hassan promised to dismantle barriers put up by former president John Magufuli and resurrect a $30bn natural gas project, prompting Dangote and Dewji to say Tanzania seems to be opening for business again.

On Monday, however, Tanzanian authorities dragged Freeman Mbowe, the leader of the main opposition party, to court over terrorism and economic sabotage charges. That came after he and other party officials were arrested the week before, just hours before they were to hold a meeting on constitutional reform — demanding a reduction in presidential powers and amendments to the electoral process. The arrests cast a shadow over what was turning into a post-Magufuli good-news story for Tanzania.

The “arrest will obviously give ESG-conscious investors some cause for concern,” said Connor Vasey, an analyst at Eurasia Group. “That said, Hassan has publicly discarded the constitutional debate in favour of focusing on economic reforms. The lack of policy distraction could be taken as a positive by some in the investment/business community.”

Like Dangote and Dewji, investors began to give Tanzania another look after the death on March 17 of Magufuli, who tore up agreements his predecessors signed with companies, demanded usurious taxes from businesses and denied the existence of Covid-19 in his country. Foreign direct investment as a percentage of GDP steadily declined from 2015. Nicknamed the “Bulldozer,” for bluntly speaking his mind and his uncompromising stance on corruption, Magufuli’s reign saw Tanzania slip 10 notches in the World Bank’s Ease of Doing Business rankings to 141 out of 190 countries in 2020.

Hassan has swiftly moved to fast-track several large projects that had been stalled. They include the liquefied natural gas terminal planned by Equinor, Royal Dutch Shell, ExxonMobil and other partners and a $3bn joint venture with China’s Sichuan Hongda for an iron ore and coal mine. In June, she said her government has resumed talks on a planned $10bn port project backed by China, suspended by Magufuli in a disagreement over terms.

“We are reviewing around 88 laws that were identified as not being business friendly,” minister for industry and Trade Kitila Mkumbo said in an interview. “There is concern that there are too many regulatory authorities in this country. We are looking at the possibility of reducing them. We want civil servants to see themselves as business facilitators rather than business controllers, and that is really a question of changing mindsets.”

Hassan’s moves are aimed at luring sorely needed investments to add jobs in a country where 44% of the people are below the age of 15 years. Her decision to revive the gas project could make it one of Africa’s largest producers of the cleaner energy by 2028, with the central bank estimating that the start of the construction of the LNG terminal in 2023 could add two percentage points to economic growth.

“Hassan is promising a transformative agenda in economic policy after five years of economic quagmire and lack of clarity in economic philosophy” said Bravious Kahyoza, an economics lecturer and analyst based in Dar es Salaam.

For all her moves to reverse Magufuli’s economic legacy, Hassan seems to be doing little to turn her back on the political-freedom-constraining steps taken by her predecessor. Magufuli’s rule resulted in the erosion of Tanzania’s civil society, prompting comparisons with neighbouring Rwanda’s President Paul Kagame, who while earning praise for stamping out graft, quelled any form of dissent.

Hassan, who like Magufuli, comes from the ruling Chama Cha Mapinduzi party, is close to Magufuli’s predecessor, Jakaya Kikwete, who conceived, initiated and passed some of those restrictive laws.

“She’s had this opportunity to redress how regressive Magufuli’s presidency was,” said Oryem Nyeko, a researcher at Human Rights Watch in Uganda. “The arrest and the timing of it really just doesn’t look good as far as the hopes that many people had for change. Attacks on opposition was a major part of Magufuli’s presidency. It appears that she’s following in that direction.”

Tanzanian government spokesperson Gerson Msigwa dismissed any suggestion that Mbowe's arrest was politically motivated, saying everyone ``will be subjected to the law if they are suspected and accused of criminal conduct.'

Meanwhile, Hassan’s ties with Kikwete could give the former president and his confidants an outsize influence over economic decision-making, Eurasia Group’s Vasey said. On his watch, the country recorded some impressive FDI growth figures and had a much more cordial public-private sector relationship, he said.

“She’ll be balancing Kikwete and Magufuli-era policies and it’s unclear how the private sector will ultimately digest that,” Vasey said.

Tanzania’s economy has fared better than most in the region since the onset of the pandemic, with the International Monetary Fund estimating it grew by 1% last year when most economies shrank, while forecasting it to expand by 2.7% this year. The government put last year’s growth at 4.8%. That’s still far short of the near 7% growth rates it enjoyed over much of the last decade.

For now, Hassan — who was educated at Mzumbe University (then called Institute of Development Management) and the University of Manchester — seems to be taking economy-bolstering steps. In addition to seeking the resurrection of projects, she has started vaccinating her people and has approached the IMF for an emergency loan to boost Africa’s third-largest gold producer and top exporter of cashew nuts.

“We have more open discussions and more willingness from the government to work collaboratively,” said Jens Reinke, the IMF’s resident representative in Dar es Salaam, the commercial capital. “There are a lot of indicators that point the right way.”

While the LNG project won’t be a silver bullet, it would help shore up government finances, Reinke said. The planned LNG facility would be about 130km from a similar project in neighbouring Mozambique, where TotalEnergies has indefinitely halted work because of an escalation in insurgency linked to Islamic State. That may provide Tanzania the opportunity to tap a fast-shrinking window in a world that’s increasingly moving away from fossil fuels, according to Shani Smit, an economist at NKC Africa Economics in Paarl, SA.

Equinor said it was encouraged by Hassan’s recent comments on the LNG sector, and was ready to start negotiations on what’s known as a host government agreement that’s critical for the project to proceed. Shell said it’s pleased the government is prioritising the project, and is looking forward to more talks.

“There is still a lot of work to do and a long way to go,” Ola Morten Aanestad, an Equinor spokesperson, said. “Before we can progress this project any further, we need to get a commercial, fiscal, and legal framework in place that demonstrates a viable business case.”

The Grand Ethiopian Renaissance Dam could threaten the wellbeing of half of Sudan’s population, irrigation minister Yasser Abbas says
World
1 month ago