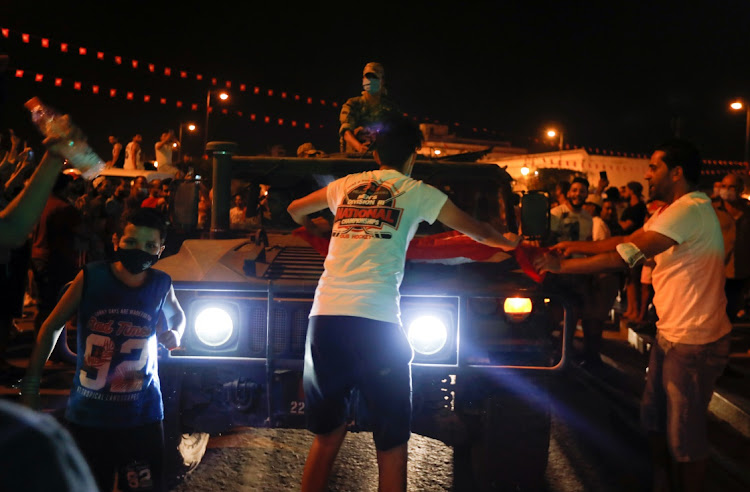 Tunisia’s moderate Islamist Ennahda party and two other groups are reportedly being investigated by the judiciary over irregular election funding, deepening concerns of an assault on the country’s fragile democracy.

Tunisia, birthplace of the Arab Spring, is already reckoning with its biggest political struggle in a decade following President Kais Saied’s decision on Sunday to fire the prime minister and suspend parliament, steps Ennahda called a coup.

Authorities are looking into the alleged use of irregular and foreign funds in 2019 polls by the two largest parties in parliament — Ennahda and Heart of Tunisia — as well as Aysh Tunessi, Tunisian media including Mosaique FM and Shems FM reported on Wednesday. The case began in mid-July following a complaint first filed by the Democratic Current Party, which is staunchly opposed to Ennahda.

Saied, elected in 2019 as an independent who campaigned on an anti-corruption platform, has repeatedly denounced what he described as conspiracies aimed at crippling the country. While he didn’t specify who he held accountable, many Tunisians have linked the allegations with Ennahda. The party has dominated Tunisian politics since the 2011 uprising that ousted the country’s longtime autocratic leader, Zine El Abidine Ben Ali.

After his move to temporarily sideline parliament earlier this week, concerns mounted that Saied may use the new powers he gained to lead a purge of officials and businessmen associated with Ennahda and its parliamentary coalition allies.

The political parties cases before the judiciary could signal “the beginning of an anti-corruption drive, backed by the president”, Riccardo Fabiani, the International Crisis Group’s project director for North Africa, said in written replies to Bloomberg.

The president “has taken over the public prosecution office and the fight against corruption has always been one of his main priorities. But the risk is that these investigations might be politically motivated, which would enable Saied to sideline his political opponents,” Fabiani said.

In addition to the probe into the three parties, two other investigations were launched. One deals with allegations of mismanagement of funds at the nation’s anti-corruption agency. The other deals with a conflict of interest in a commission set up in 2014 to investigate human rights violations before Tunisia’s independence from France in 1956, Mosaique FM reported.

Reuters reported on Wednesday that French foreign minister Jean-Yves Le Drian told his Tunisian counterpart Othman Jerandi that it was paramount that Tunisia quickly names a new prime minister and a cabinet, the ministry said.

The head of Tunisia’s journalists’ syndicate Mahdi Jlassi said a foreign reporter had been briefly detained by police on Wednesday while reporting in a district of the capital. And on Monday, the US state department had said it was “particularly troubled” by police having raided the Al Jazeera news bureau in Tunis and urged “scrupulous respect for freedom of expression and other civil rights”. With Reuters