Fears grow that deadly tropical disease, second only to malaria, could resurge as programme funding is cut 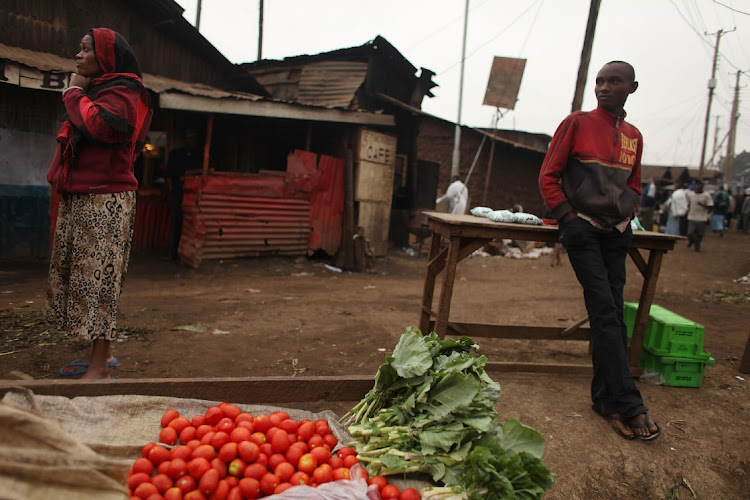 At first, five-year-old Msto Pushen’s family thought his fever and malaise could be remedied by giving him some local herbs.

When that didn’t work, they carried him from their village in western Kenya some hours across the semi-arid scrub to a clinic where he was handed malaria pills and sent home.

But as the weeks passed, the boy’s condition worsened: his weight dropped by almost a third, his belly ballooned, and he became so weak he could barely stand.

“No-one knew what was wrong with him,” said his grandmother Cheparsub Kapelile as he lay on the metal-framed hospital bed in West Pokot, near the Kenya-Uganda border.

“It was two months before we learnt about this hospital. We travelled over 1,000km on a motorbike taxi and then a bus to get here. It was a very difficult journey, but he would have died otherwise.”

For those suffering from the deadly tropical disease, visceral leishmaniasis (VL), the government-run Kacheliba district hospital is a rare lifeline.

It is one of only a handful of facilities across the developing world equipped to treat the parasitic disease, whose name is unfamiliar to most, but whose impact can be devastating.

The good news is that significant progress has been made in South Asia. Since 2005, when India, Bangladesh and Nepal signed an agreement to eliminate VL, the number of cases reported annually has fallen by 90% according to the World Health Organisation (WHO).

But much of the recent effort has been funded by Britain, which in 2019 launched a three-year programme to tackle VL and four other neglected tropical diseases (NTDs) — preventable or curable diseases that mainly affect the poor, often stopping them from working and trapping them in poverty.

Britain has been a global leader in tackling NTDs, but its £220m programme is ending early due to a £4bn aid spending cut, a move the WHO says will cause thousands of needless deaths.

Crown Agents, which manages the programme, said it was talking to the government about the of the cuts, which come as health systems around the world are already grappling with the pressure of the Covid-19 pandemic.

“The seismic impact of the pandemic forced the tough decision to temporarily reduce the aid budget,” a British government spokesperson said in an e-mailed statement.

“We continue to distribute drugs to fight neglected tropical diseases and perform surgeries in the most urgent cases,” said the statement, adding that Britain was working to exit programmes responsibly and mitigate the impact of the cuts.

Second only to malaria

VL, also known as Kala Azar, is the deadliest parasitic disease after malaria.

Transmitted through sandfly bites, the parasite multiplies and attacks the immune system, causing fever, weight loss, enlargement of the liver and spleen, and anaemia.

Britain’s Accelerating the Sustainable Control and Elimination of Neglected Tropical Diseases (Ascend) programme, which operates VL programmes in Ethiopia, Kenya, Sudan, South Sudan, Uganda, Nepal and Bangladesh, was due to run until March 2022.

The WHO warned its closure would mean 20,000-30,000 more deaths from VL, which is almost always fatal if not diagnosed and treated on time.

MPs from Britain’s ruling and opposition parties have warned the move punished the poorest during a global pandemic, while on Saturday more than 30 former African leaders decried the cuts, calling for a regional push to avert a “ferocious calamity”.

Health charities and campaigners have also criticised the move.

“VL control programmes in East Africa, for example, support over 10,000 patients each year and have been fully dependent on UK funding for diagnostics, drugs and other support,” said Vickie Hawkins, executive director of Médecins Sans Frontières (MSF) UK. “They will collapse entirely following the aid cuts.”

At the Kacheliba hospital, young children with swollen bellies lie two to a bed under mosquito nets.

Medical superintendent Solomon Tokey said patients tended to come to the hospital late as the disease was often misdiagnosed and the treatment is slow and difficult. “The disease affects the poorest of the poor,” said Monique Wasunna, Africa director of the Drugs for Neglected Diseases initiative (DNDi), which funds the VL department at Kacheliba hospital.

“They live in the middle of nowhere and they are voiceless. They are not on the radar of big industries or governments. As a result, the disease remains neglected, particularly in terms of investment for the research & development of improving diagnosis and treatment,” Wasunna said.

In Bangladesh, which has almost eliminated VL with support from the Ascend programme, health officials are concerned that the aid cuts could lead to a resurgence.

Ascend funds, used to spread awareness and detect new cases, were stopped in June, meaning that work will soon end.

But funding for NTDs, always in short supply, has been hit by the Covid-19-19 pandemic, said Dinesh Mondal, a Bangladeshi research scientist who sits on the WHO's advisory panel for parasitic disease control.

“Just because the number of cases have dropped, doesn't mean we can breathe easy. Even a single patient can gradually lead to an outbreak,” he said.

“We need a new treatment for this disease. There are lots of ideas, but not enough funding ... even most of the competitive grants today go to Covid-based research.”

Treatments vary but can be lengthy and expensive. In East Africa, patients must be hospitalised for 17 days of injections, straining already poorly resourced health facilities.

Kenya said it had received no official communication on the aid cuts, but a health ministry official said concern was growing.

VL is endemic in nine of Kenya's 47 counties — remote, arid or semi-arid regions inhabited largely by pastoralist communities that are hard to reach with public health information.

Most patients are men and boys who take their herds long distances for grazing and often sleep outside, leaving them exposed to sandfly bites.

“We have many priorities such as HIV/Aids, malaria and tuberculosis and so we are very dependent on our foreign partners’ support to our VL programmes,” said the Kenyan official, who declined to be identified as he isn’t authorised to speak to the media.

“We were planning to conduct training in various counties of community health workers so they can reach out to remote populations. This would help to strengthen early diagnoses and treatment. Now, we are not so sure.”

About 300,000-400,000 students in northwestern region are out of school due to insecurity, says Unicef
World
4 weeks ago

The development of the patch of land could be a boon for Sudan’s struggling economy, but could also fuel a growing feud between it and Ethiopia
World
4 weeks ago