Some of the main opposition groups are either boycotting the vote or banned from competing, while the more than 40 others that remain in the running will fragment the antigovernment vote 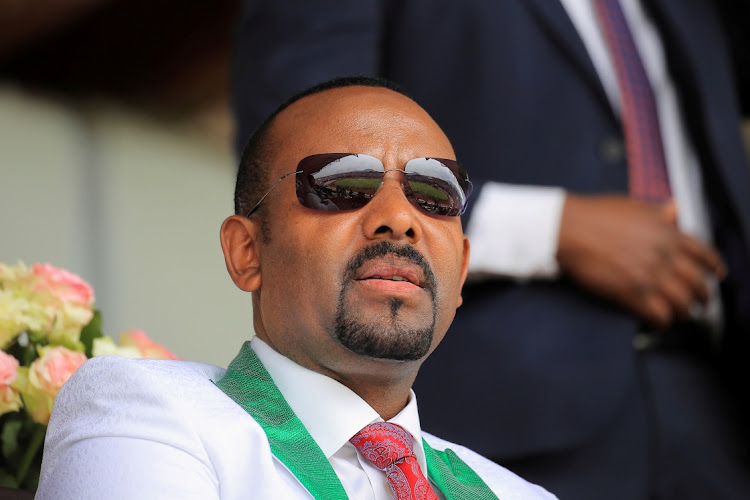 Some of the main opposition groups are either boycotting the vote or banned from competing, while the more than 40 others that remain in the running will fragment the antigovernment vote. That leaves Abiy’s Prosperity Party with a clear path to retain its majority in the 547-seat House of People’s Representatives — which elects the premier.

Voting got under way at 6am local time on Monday, amid tight security. Dozens of constituencies, including those in the war-torn region of Tigray, aren’t voting until at least September because of unrest and logistical challenges related to preparing the vote.

The government has prepared “physical force deployments” to all corners of the country and is using satellite-monitoring systems and drone technology for intelligence purposes in areas where tensions could mount, according to Abiy’s office.

“Extensive work has been done to mobilise the security sector at the national level and to respond effectively to identified and emerging threats with the help of technology,” he said on Twitter late on Sunday.

Abiy, 44, came to power in 2018 and won the Nobel Peace Prize the following year for ending a long-running conflict with neighbouring Eritrea and instituting democratic reforms. He also moved to open up the insular economy, drawing billions of dollars of foreign investment that secured Ethiopia as one of the world’s fastest-growing economies.

The unbanning of opposition and rebel groups, however, stoked political fragmentation and long-suppressed rivalries among the nation’s ethnic groups. Hundreds of people have died in fighting in the Amhara, Oromia and Benishangul-Gumuz regions. The government responded by arresting opposition leaders and their supporters.

Violence reached new heights after Abiy dispatched federal troops to the northern Tigray province in November after forces loyal to the region’s dissident ruling party attacked a military base. Thousands have died in fighting that ensued, and hundreds of thousands of others have been forced from their homes.

Relief agencies have warned of an unfolding humanitarian crisis, and said the authorities have obstructed efforts to dispense aid to those who need it, an allegation the government denies.

While Abiy has drawn international condemnation and the US has imposed sanctions, he continues to enjoy strong support among many of his countrymen who resented the political dominance the minority Tigrayans exerted prior to him taking power.

The plebiscite in Tigray’s 38 constituencies has been postponed indefinitely due to ongoing violence. The vote has also been delayed until September in 64 other constituencies that have been plagued by insecurity and organisational problems.

Antigovernment activists have flagged concerns about the nation’s overall preparedness for the vote. The US's National Democratic Institute and the International Republican Institute have also raised concerns that logistical arrangements may not be completed in time and insecurity could compromise the election’s integrity.

Isolated irregularities were reported at some polling stations during Monday’s voting, said Birtukan Mideksa, the head of Ethiopia’s national election board. At one polling station in the central town of Ambo, a stronghold for Oromo opposition parties boycotting the election, voting came to a halt at 11am after workers were intimidated by an unidentified group threatening violence, she told reporters in Addis Ababa.

Opposition party members observing the elections at three polling stations in the Amhara and Southern regions faced harassment that prevented them from doing their jobs, Birtukan said. “We urged the regional governments to resolve this issue,” she said.

While 46 local civil-rights groups and about 45,000 individuals have been accredited to observe the vote, the AU is the only major international organisation to deploy monitors. The EU last month abandoned a plan to send an observer mission because of security concerns, casting further doubts about the election’s credibility.

At least 38.3-million of the Horn of Africa nation’s 110-million people have registered to cast ballots at 43,372 polling stations. The results of the vote are expected within 10 days.