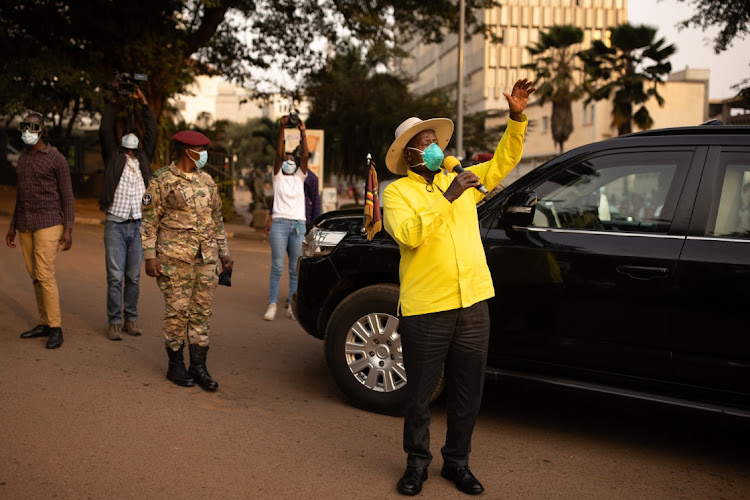 One of Uganda's Tokyo 2020 Olympic squad tested positive for Covid-19 on arrival in Japan on Saturday, the first time an infection has been confirmed in an overseas team in Tokyo, NHK reported.

Nine athletes and coaches arrived at Narita airport, near Tokyo, at around 6pm, with one of them testing positive during a screening at the airport, the national broadcaster said. That individual is now staying at a government-designated facility, while the others travelled on to their host city in Osaka, where they will hold their training camp, NHK said.

All of Uganda's team members had received two shots of AstraZeneca's vaccine and had tested negative 72 hours before departing for Japan, according to the report.

In Uganda, President Yowreri Museveni on Friday introduced sweeping new lockdown measures including a ban on all motor vehicle movement except for essential workers to help curb a second wave of the Covid-19 pandemic gripping the nation.

The east African country, like most other African peers had been left relatively unscathed by the first wave. It started experiencing a steep surge in Covid-19 infections in May after authorities confirmed they had detected presence of the Indian coronavirus variant.

“The country has seen a more aggressive and sustained growth of the Covid-19 pandemic,” Museveni said in a televised address

He said the daily number of people testing positive has jumped to more than 1,700 from less than 100 just three weeks ago. “We are experiencing very high hospitalisation rates and deaths for Covid-19 patients among all age categories.”

In new measures to curb the pandemic, he banned movement of both public and private vehicles except those transporting patients and those used by essential workers.

An existing curfew that began at 9pm was brought forward to 7pm while venues such as shopping centres, churches and sports arenas were closed.

Over the past two weeks local media has extensively reported most health facilities, both public and private, getting full and turning away patients while others have had oxygen supplies taxed.

The new restrictions could undermine a fragile economic recovery from the blow inflicted by 2020’s lockdown. Those restrictions contributed to a 1.1% economic contraction in 2020, but the finance ministry had projected before Friday's new measures that growth would climb to 4.3% in the fiscal year starting July.

The Palestinian Authority has agreed to give Israel a reciprocal number of Pfizer-BioNTech doses from one of its own shipments due to arrive later in ...
World
1 month ago

Medical experts push for no spectators at Tokyo Olympics

The health minister is very concerned about the rate of infection in Gauteng, which has passed the numbers of the first and second waves
National
1 month ago

SA, Tunisia, Zambia, Uganda and Namibia account for most of the new cases, says WHO regional director
World
1 month ago
Next Article