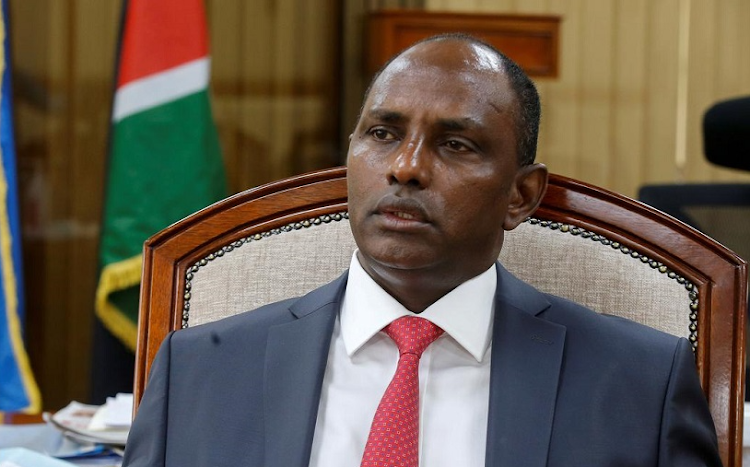 Nairobi — Kenya’s finance minister cut the budget deficit lightly on Thursday as he splurged on infrastructure projects and a stimulus effort to boost economic growth in the face of the coronavirus crisis.

That robust growth will outpace the projected global rate and that of Sub-Saharan Africa, but it will come at a huge cost. A third of the budget will be plugged by deficit financing.

At 7.5% of GDP, the deficit is far higher than the 3% recommended by the six-nation East African Community, in which Kenya is an important member, and it has even been criticised by the government-controlled budget committee in parliament.

Growth plunged to 0.6% in 2020, Yatani said, as sectors such as tourism and related services collapsed due to the coronavirus crisis.

Recovery has started this year but the pace could be curbed by lack of Covid-19 vaccines and a surge of infections in parts of the country, said Nikhil Hira, director at Nairobi law firm Bowmans.

“We are trying to finance a budget through tax revenues that are not there,” he told Reuters.

To maintain growth, Yatani boosted spending on infrastructure projects such as roads, and allocated cash to an economic intervention programme that offers manual work to thousands of jobless youths affected by the pandemic.

Further funds were designated for a raft of signature projects initiated by President Uhuru Kenyatta in his legacy development programme dubbed “The Big 4 Agenda”, ahead of his retirement after an election next year.

Kenyatta, who took the helm in 2013, has presided over a rapid increase in public borrowing. Total debt stands at 70% of GDP, up from about 45% when he took over.

The government has to raise its debt ceiling of 9-trillion shillings in the next financial year, the Treasury says, after raising it again in late 2019.

The ramp-up in borrowing has angered Kenyans.

“It is ridiculous,” Aden Duale, a government legislator turned critic, said on Citizen TV, urging authorities to ditch expensive loans from lenders such as China, and try to live within their means.

Germany’s offer to pay €1.1bn in development aid to Namibia in recognition of the genocide of 1904-1908 does not sit well with those most affected
Features
1 year ago