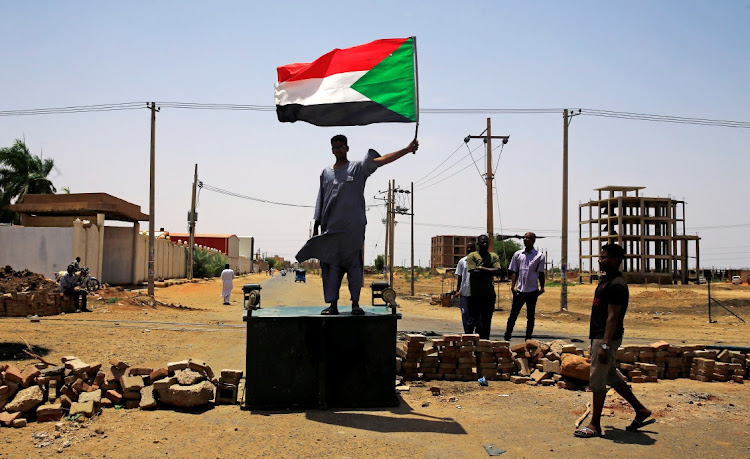 Ibrahim is a linchpin of the transitional government that combines civilians, the military and insurgent groups after Bashir was ousted in a 2019 uprising. Led by Prime Minister Abdalla Hamdok, it’s edging towards clearing the bulk of the nation’s $60bn in foreign debt and settling its arrears with the IMF.

Other challenges remain, including elections, loosening the military’s stranglehold over the most important industries, obtaining new credit and tapping more revenue from Sudan’s gold. Hamdok’s administration also needs to disarm and integrate former rebels into the army, a process requiring money that  it doesn’t have.

“The real challenge is to convince those who ruled the country for decades to accept the change and that they are getting a lesser portion of the resources,” Ibrahim, 65, said in an interview. “The military themselves are not happy with others coming in.”

Disgruntlement isn’t confined to the armed forces, with public anger rife over shortages of fuel, bread and other staples, an inflation rate that’s running at more than 360% and a depreciating currency. Sudan increased petrol and diesel prices on Tuesday to levels that reflect import costs, effectively ending state subsidies of the fuels.

It will take time to turn the economy around and improve living standards, said Ibrahim, who’s from the western Darfur region and also heads the Justice and Equality Movement. The rebel group was founded in 2000 by Ibrahim’s brother Khalil — who was killed in a government air strike almost a decade ago — and almost seized control of Khartoum in 2008 before being repelled.

The government is targeting development of infrastructure, energy and mining projects to spur economic growth and create jobs. Finance officials are due in Saudi Arabia this month for further talks on a planned $3bn joint investment fund.

The governments will “create the joint investment mechanism and discuss the projects” of interest to both sides, Ibrahim said. Saudi Crown Prince Mohammed bin Salman expressed interest in raising the total commitment to $10bn, the minister said.

Ibrahim also wants to lure private capital by selling stakes in some of Sudan’s 650 state-owned companies, 200 of which belong to the military. Unprofitable ones should be turned around and become more tightly controlled, he said.

Ibrahim estimates about 80% of gold mined in Sudan is smuggled abroad, depriving the government of much-needed revenue and in part limiting its tax-to-GDP ratio to just 5%. He wants the government to become the main buyer of gold from artisanal and industrial miners, helping it to expand the tax base and build the central bank’s reserves.

Foreign minister meets envoys from the US, Britain, Canada, the EU and Ireland to discuss the Twitter ban
World
11 months ago

The 38-year-old colonel, who has overthrown two presidents in nine months, appoints opposition leader as prime minister and promises to deliver ...
World
11 months ago