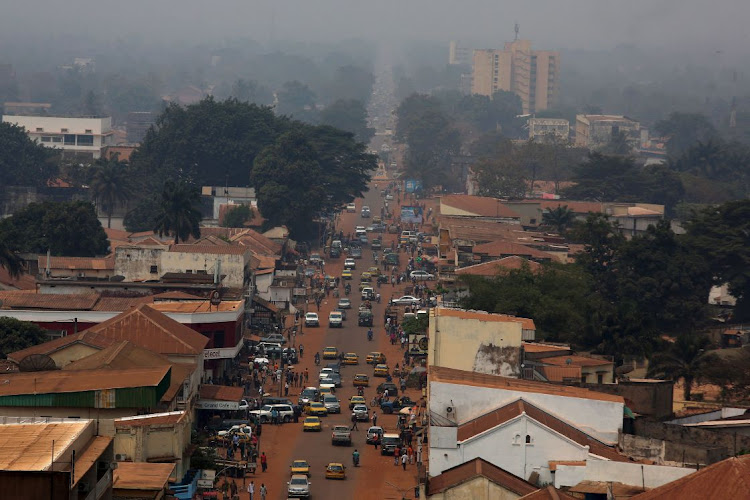 Bangui — A French national has been charged with espionage in the Central African Republic (CAR), a month after he was arrested with a cache of weapons and ammunition at his home,  attorney-general Eric Didier Tambo said on Wednesday.

Police arrested Juan Remy Quignolot, 55, in May after finding weapons, military fatigues and foreign bank notes at his residence in the capital Bangui. Authorities accused him of having aided and trained rebel fighters since 2013.

The gold- and diamond-producing nation of 4.7-million people has seen repeated bouts of militia violence since 2013, including a civil war that ended in 2016, as well as election-related fighting earlier in 2021.

“He is being charged with illegal possession of weapons of war and espionage,” Tambo said.

Quignolot has denied the accusations.

The French embassy in Bangui and France’s foreign ministry were not immediately available to comment. The foreign ministry said in a statement last month that Quignolot's arrest had been politicised as part of an anti-French campaign.

Tensions have mounted between France and its former colony as Paris battles Moscow for influence in the country.

France suspended aid and military support to the CAR on Tuesday because of what it said was a failure by the government to stop “massive disinformation campaigns” against France that have targeted its officials.

France had previously provided CAR with €10m in budgetary support and maintains a force of nearly 300 soldiers there.

Moscow has ramped up military support in the country, sending hundreds of military instructors to arm and train government troops to fend off its myriad rebel movements.

Quignolot’s arrest was posted on Twitter by Valery Zakharov, a Russian who is a close adviser to the CAR’s President Faustin-Archange Touadéra, reports said.

DRC has the world’s best deposits of the metal used in everything from electric cars to solar panels, says Robert Friedland
World
11 months ago

Foreign minister meets envoys from the US, Britain, Canada, the EU and Ireland to discuss the Twitter ban
World
11 months ago

The 38-year-old colonel, who has overthrown two presidents in nine months, appoints opposition leader as prime minister and promises to deliver ...
World
11 months ago