Controversial‚ self-proclaimed prophet and televangelist dies of an undisclosed illness 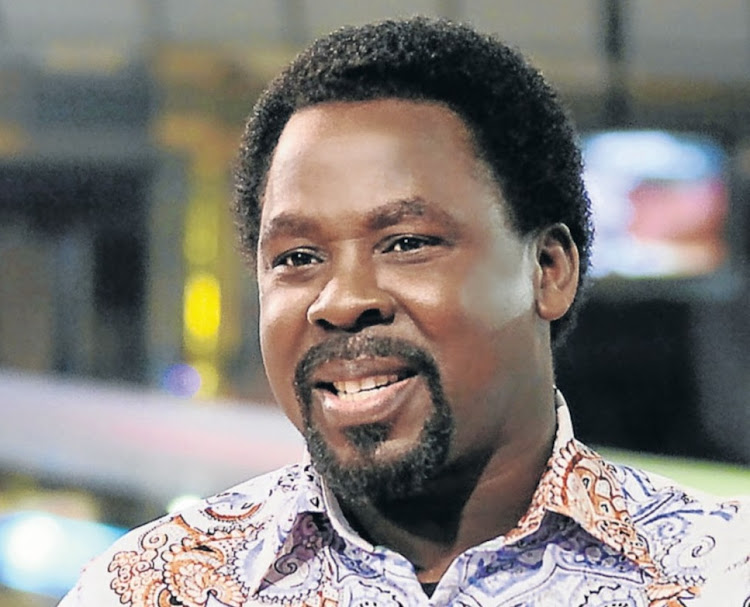 TB Joshua Ministries said on Sunday the Nigerian televangelist had died at the age of 57 of an undisclosed illness.

Joshua was a controversial‚ self-proclaimed prophet. Many had called for him to be held accountable after the September 2014 collapse of his church‚ the Synagogue of All Nations. More  than 80 South Africans died in the incident.

The organisation’s statement said: “God has taken his servant prophet TB Joshua home — as it should be by divine will. His last moments on Earth were spent in the service of God. This is what he was born for‚ lived for and died for.

“The synagogue‚ Church of All Nations and Emmanuel TV family appreciate your love‚ prayers and concern at this time and request a time of privacy for the family.”

In July 2015‚ a coroner’s inquest found the collapse was a result of negligence. Some of the families accepted cash payments in compensation while others lodged lawsuits.

More recently‚ his YouTube account was shut down after he claimed to “cure” gay congregants of their homosexuality during one of his sermons.

According to Forbes, he had an estimated fortune of several million dollars.

Another variant is dominating infections in Uganda and Rwanda, and is spreading through truck routes
National
1 month ago

Health experts worry that public scepticism could prolong a pandemic that has already killed more than 3.3-million people worldwide
World
1 month ago

Half the population lives on less than $2 a day, and the pandemic has robbed 70% of Nigerians of some form of income
World
2 months ago
Next Article